On Mother’s Day, this mother saved her daughter’s life, only to lose her own 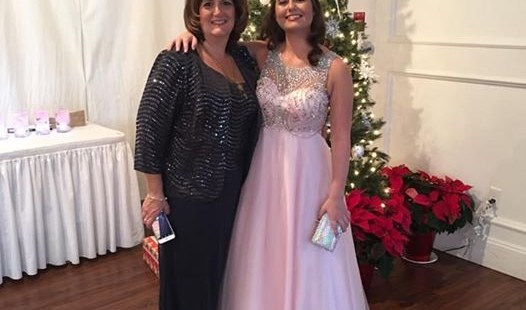 As her husband was buying her flowers, Diane Aluska began her Mother’s Day as she did every Sunday morning — at church. She attended an 8 a.m. Mass at Our Lady of Perpetual Help Catholic Church in Lindenhurst, N.Y., with her 16-year-old daughter, Jenna, before stopping by a bakery to buy some dinner rolls, CBS New York reported.

As Aluska, 55, and her daughter were walking together on a sidewalk, at about 9:10 a.m., a car lurched toward them, the Suffolk County Police Department said in a news release. The driver, Ann Riolo, 80, thought her car was in drive after she moved out of a parking spot, but when she hit the gas, the vehicle was still in reverse, police told reporters. She lost control and the car jumped the sidewalk, heading directly toward Aluska and her daughter.

Seeing the car, Aluska shoved her daughter out of its path. The vehicle merely clipped the teenager but struck Aluska before crashing into the Lindenhurst Fire Department. Aluska was pinned under the car until bystanders rushed to push it off her, police told Newsday.

“At the last second you could see the mother kind of throw the daughter out of the way and sacrifice herself to try and save her own daughter,” bakery owner Joe Biggs told CBS 2.

Aluska later died at a nearby hospital, succumbing to her serious injuries, police said. Authorities say the crash “appears to be non-criminal, just a terrible accident,” the New York Daily News reported.

“I have no doubt that she saved her daughter’s life,” Detective Sgt. James Murphy told Newsday.

Eternal rest grant unto her, O Lord, and let perpetual light shine upon her…