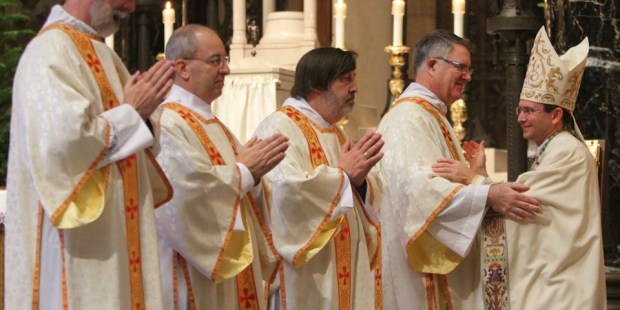 When seven men step forward to be ordained permanent deacons Dec. 5 at the Cathedral of St. Paul, it will be the first time since 2010.

The five-year break resulted from changes to the diaconate formation program, including its establishment as an institute under the St. Paul Seminary School of Divinity.

“It’s been a long time coming,” said Deacon Joe Michalak, ordained in 2010 and the director for the Institute for Diaconate Formation at the St. Paul Seminary. “I’m in my 16th year as director of the formation, so I’ve seen a lot of the changes. The biggest change was 10 years ago when the U.S. bishops issued, for the first time ever, actual norms and our national directory based on universal Vatican norms. That changed formation all across the country.”

Key changes in the current program in the archdiocese include:

“We’ve got a particularly good formation program, compared to others,” Deacon Michalak said. “I’m humbled and like a proud father to see these men finally, after five-plus years, coming to that great day of entering into the ministry.”

The future of the diaconate is bright in the archdiocese as well, with 10 men in their second year of candidacy and 15 in their novitiate year. The next ordination will be in December 2017.

And read profiles of the men here.