“Pews Are Packed”: Pope Francis to Visit a Booming Church in Africa 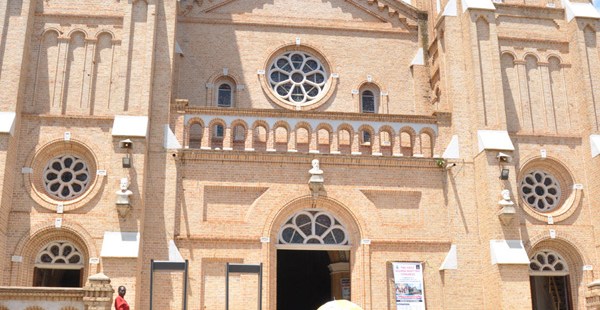 Guess
Share
Print
Deacon Greg Kandra - published on 11/24/15
From The Wall Street Journal, a glimpse at what awaits the pope on his visit this week:

The pews are so packed at Christ the King Church in Uganda’s capital that people squeeze hip-to-hip during weekday services. On Sundays, hundreds spill out onto the sidewalk, where tents handle the overflow.

Such scenes are emblematic of Catholic congregations in Africa—where Pope Francis is traveling to for the first time this week. Demand is such that some communities in Uganda are building parishes first, then seeking a priest to staff them.

“People are saying, ‘We feel there is need for a parish here. We are going to prepare one,’ ” said Anthony Mateega, the head of the Catholic laity for the Kampala Archdiocese, which has seen 14 parishes started this way.

As the pope visits Kenya, Uganda and Central African Republic in a trip spanning six days, he will find a booming church, one that is expanding more quickly than other Christian faiths and Islam and is a vibrant example of a Catholic faith that is increasingly tilting toward the developing world.

But Pope Francis will also find a church grappling with the growing pains that come with such a surge, including logistical challenges of building enough churches for an expanding flock, coping with traditional spiritual practices and polygamous converts, and properly vetting a burgeoning number of priests.

While Islam is outpacing Catholicism globally, in Africa, the number of Catholics is growing faster than the Muslim population, according to the Center for the Study of Global Christianity. The Catholic church is also growing at a faster rate in Africa than other Christian denominations.