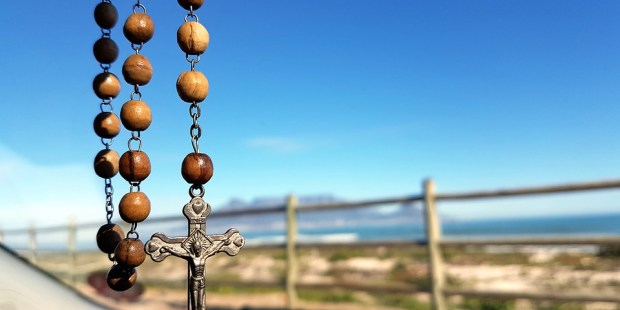 The Philippine authorities have banned hanging rosaries and religious icons off car dashboards because of safety concerns, prompting an outcry from the Catholic Church, which insists these items offer divine intervention on the nation’s chaotic roads.

The ban, which will take effect on Friday (May 26), is part of a wide-ranging new law aimed at eliminating distractions for drivers.

These include talking or sending messages on mobile phones, putting on make-up, and eating or drinking coffee while driving, according to Ms Aileen Lizada, spokeswoman for the national transport regulatory agency.

But it is the ban on the religious icons and trinkets – which visitors to the Philippines inevitably see hanging off rear-view mirrors in taxis and the colourful mini-buses known as jeepneys – that has stirred the most controversy.

Roughly 80 per cent of the Philippines’ 100 million people are Catholic, a legacy of centuries of Spanish colonial rule that ended in 1898, and the religious icons in vehicles are seen by many as offering God’s protection while driving.

“This is an overreaction, insensitive and lacks common sense,” Father Jerome Secillano, executive secretary for public affairs at the Catholic Bishops’ Conference of the Philippines, said on Monday.

I’m not aware of an alarming increase in traffic accidents related to dangling rosaries or distracting St. Christopher statues, are you?