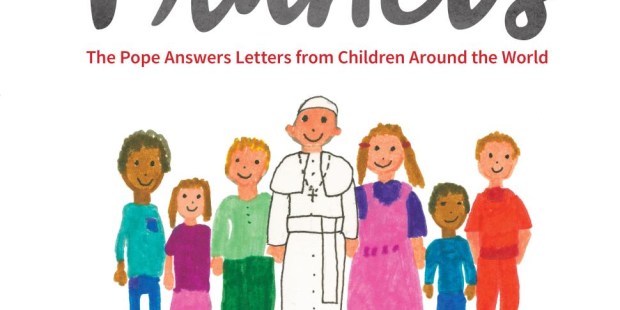 Share
Print
Deacon Greg Kandra - published on 11/19/15
Check this out, from The New York Daily News:

Pope Francis is addressing world problems by answering letters from children in a new book coming out next spring.

“Dear Pope Francis: The Pope Answers Letters from Children Around the World” will feature his Holiness responding to 30 handwritten notes from little ones ages six to 13, according to Jesuit publisher Loyola Press.

Some 259 kids from 26 countries, including the U.S., Syria, China, Albania and Kenya, sent in letters and artwork, project editor Tom McGrath told the Chicago Tribune.

The children were curious about many of the same things, including questions about Pope Francis, the afterlife, family matters and social injustices.

“Little kids have big questions,” McGrath told the Tribune. “They had no hesitation to go right to what was on their minds. There were a lot worried about ecology, worried about why there’s war. They wondered why there are people who are poor.”

The editor revealed the Pope’s replies to the letters they chose to include in the book are, “very charming and pastoral.”

With each question charmingly illustrated by the child, Dear Pope Francis lets the Pope respond directly to each child with inspiring, meaningful answers. Pope Francis’s joyful warmth and wisdom shine through for parents, grandparents, teachers and, of course, children.

The book is due to be published in March 2016—just in time for Easter.