Report: Mother Teresa to be Canonized in 2016—UPDATED 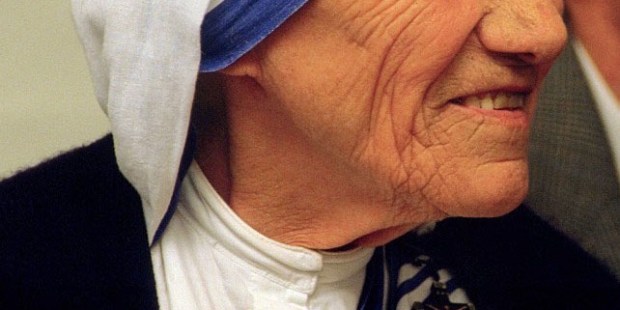 Mother Teresa of Calcutta at a pro-life meeting on July 13, 1986 in Bonn, Germany
Share
Print
Deacon Greg Kandra - published on 11/18/15
N.B.: The Vatican has not confirmed it, or announced it, but Fr. James Martin posted the news on social media a short time ago, citing an Italian news agency.

The Catholic Herald in the UK has this:

Blessed Mother Teresa of Calcutta will be canonized on Sunday September 5 according to the news agency, Agi.

Catholic News Service have reported that a panel of doctors have concluded that there is no natural medical explanation for the miracle attributed to Mother Teresa’s intercession.

This means that her cause will now be examined by a panel of theologians before being assessed and voted upon again by a panel of cardinals with the final decision resting with the Pope.

The Vatican has not yet confirmed the report.

September 5 falls within the Year of Mercy and also marks the anniversary of Mother Teresa’s death.

I’d advise caution with these widely-circulating reports. The Herald story gives the distinct impression this is not a done deal and Pope Francis still needs to sign off on this.

Also, there’s nothing official as yet on the Vatican news site, the Press Office site, or the website for the Congregation for the Causes of Saints.

UPDATE: More details from the AP:

A Vatican official says it’s too soon to say if Mother Teresa will be made a saint during the 2016 Holy Year of Mercy.

There’s been speculation the nun who worked with the destitute and dying in India would be made saint by Pope Francis in a ceremony during the Holy Year, which runs from Dec. 8 till Nov. 20, 2016. The Italian bishops conference daily Avvenire on Wednesday, citing Italian news agency AGI, called Sept. 4 a “probable” date.

Vatican spokesman the Rev. Federico Lombardi stressed that Francis still needs to approve a miracle attributed to Mother Teresa’s intercession before she can become a saint.