From a TV station in Rochester, New York:

A local family said a priest suddenly stopped their loved one’s funeral during the ceremony. 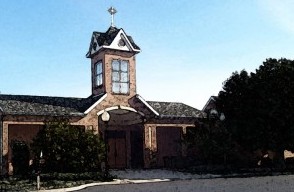 Michael Klimchuk said Father Louis Sirianni at Saint Mark’s Church in Greece ended the funeral mass for his sister, Mary, Monday because a family member went outside the order of the mass and wanted to do another reading. He said Father Sirianni then said, “Now is not the time,” and ended the funeral mass itself. “This is the last time we have to pay respects to my sister,” said Klimchuk.  “She’s 35 years old. She just passed away, I mean we needed to do certain things in order to pay our respects and say goodbye.  He denied us that.” The family claimed he was rude and could have handled it differently, adding they were appalled. 13WHAM News reached out to the church Tuesday night and asked Father Sirianni if he would speak with us. He declined. The Diocese of Rochester released the following statement Tuesday: “The Diocese office has not received any complaints. The liturgical rites of the Catholic Church, especially as they concern the celebration of the Holy Sacrifice of the Mass, are governed by universal norms of the General Instruction of the Roman Missal, the Code of Canon Law, and the Order of Christian Funerals. The latter provides for Words of Remembrance after the Closing Prayer. Regrettably, there was a misunderstanding or lack of information regarding this optional part of the Rite. It appears that individuals became upset when instructed about the proper place for these reflections. When the upset continued, the Funeral Rites were completed with hymns, incensation of the body and final prayers. A Memorial Mass will be offered for the deceased tomorrow.” The family said a letter has been sent to Rochester Bishop Salvatore Matano. They said they do not want similar experiences to happen to other families.

UPDATE: A local columnist offered more details on this mess:

Without knowing the full details, and hearing both sides of the story, we can’t really judge fairly what happened here. But whisper up a prayer for this priest and for this family.

I think at many parishes more unnecessary pain and heartache have been caused over funerals than any other event. This appears to be another example.