Seminarian who saved the Eucharist from ISIS returns as a priest 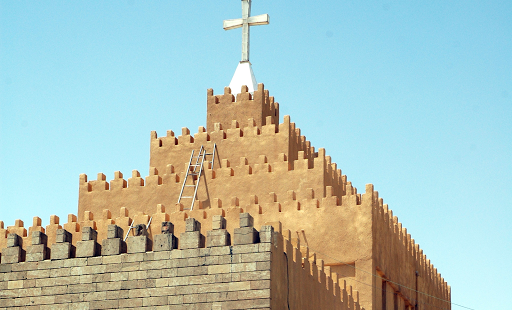 Martin Baani was just 24 years old when he risked his life as a seminarian to rescue the Blessed Sacrament from the imminent invasion of Islamic State terrorists in his hometown.

Now, he is returning to his native village as a priest, ready to serve the people through the Eucharist.

On August 6, 2014, Baani received a call from a friend who warned that a nearby village had fallen into the hands of ISIS, and that his hometown of Karamlesh would be next.

Baani promptly headed to the San Addai church and took the Blessed Sacrament, to prevent the jihadists from desecrating it. That day, he fled in a car along with his pastor, Fr. Thabet and three other priests.

“I was the last one to leave Karamlesh, with the Blessed Sacrament in my hands,” he told the pontifical foundation Aid to the Church in Need.

Despite threats from ISIS, Baani chose to stay in Iraq instead of fleeing with his family to the United States. He continued his studies at Saint Peter’s Seminary in Erbil, the capital of Iraqi Kurdistan.

In September 2016, Baani was ordained a priest along with six other men.

Around 500 people attended the ordination, which was presided over by the Patriarch of the Chaldean Catholic Church, Louis Raphael Sako.

Read on to learn what led him to want to remain in Iraq.