Springfield Bishop Paprocki repeats: Senator Durbin is not to be admitted to Holy Communion 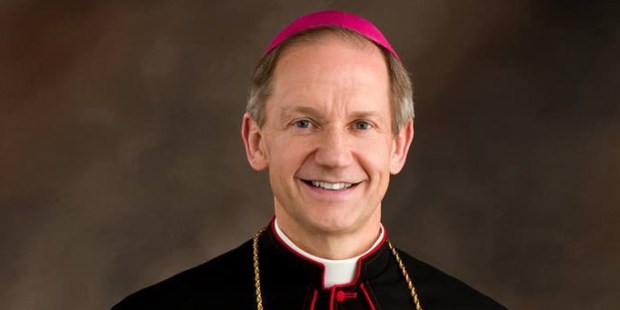 As indicated in the statement, this isn’t the first time that the bishop has imposed this sanction on the senator; this statement essentially confirms that the sanction is still in place and explains why. From a 2014 report:

The Most Rev. Thomas John Paprocki, bishop of the Roman Catholic Diocese of Springfield, said that a 2004 decision by then-Monsignor Kevin Vann to deny the Catholic senator communion is still in effect. In his email response, published on several websites, Paprocki cited Canon 915 of the church’s Code of Canon Law, which states that those Catholics who are “obstinately persevering in manifest grave sin” are denied the sacrament.

Paprocki said that he’s talked to Durbin, who told the bishop that he doesn’t approach for communion in Springfield because “he doesn’t want to make a scene,” Paprocki said.

At the time, Durbin said Vann’s pronouncement was “one of the most painful and difficult experiences in my public life.”

While Durbin’s abortion rights record in conflict with the church has often been referenced, Durbin’s staff in 2004 revealed that his voting record in support of issues of importance to the U.S. Conference of Catholic Bishops ranked him second among the Senate’s 24 Catholics.

UPDATE: A few people have wondered why Durbin et all have not been excommunicated. Ed Peters has an excellent explanation for that.

Read more:
How long is Jesus present in the Eucharist after we’ve received Communion?