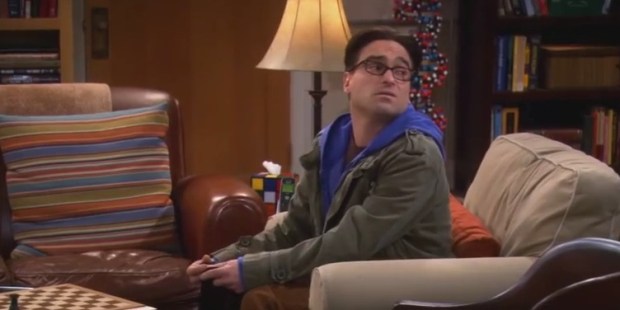 Share
Print
Deacon Greg Kandra - published on 02/21/18
Johnny Galecki  is one of the executive producers behind “Living Biblically,” which CBS debuts next week.  It’s an audacious and, it seems, sincere attempt to treat religion with some seriousness—albeit, in a sitcom.

“The Big Bang Theory” star Johnny Galecki is taking a leap of faith with his new show “Living Biblically.”

The actor, who plays physicist Leonard Hofstadter on the CBS hit comedy series “The Big Bang Theory,” has taken his talents behind the camera for his new series, serving as the executive producer for the show about a man named Chip Curry (Jay R. Ferguson) who decides to change his life and live strictly by the Bible.

Galecki, 42, said it was crucial to do a show that follows someone of faith, a demographic he said is underrepresented on TV.

“When I started my production company, it was No. 1 at the top of the list to try to do a comedy about religion,” he told journalists at the panel at the Television Critics Association’s Winter Press Tour. “I recognized that these conversations [about religion] weren’t being had despite the fact that … 80 percent of people in the world subscribe their lives to some sort of spiritual belief.”

As a result, he set out to create a show that could “inspire a conversation around the watercooler” about the Bible.

“One of the biggest hurdles is the fear to have the conversation about [religion]…” he said. “The best way to approach [a topic] that people may be uncomfortable with it is with comedy.”

Galecki recalled his own “hippie Catholic” childhood that he said involved a lot of sitting around on the floor crossed-legged and singing with guitars about religion. His mother spent “many years” in a convent before she married his father.

“There were a lot of elements of Catholicism in my upbringing,” he revealed, adding, “There are a number of people involved in the show who are devout with their beliefs.”

The show, created by Patrick Walsh, has taped a 13-episode first season so far. Walsh said the show worked with various consultants to be sure the scripts for the sitcom were accurate and respectful.

“We have a priest and a rabbi read every draft of the scripts and tell us where we are wrong or where we could use a better example from the Bible,” Walsh explained.