Tobin: ‘What if every cardinal accompanied a person to a deportation hearing?’ 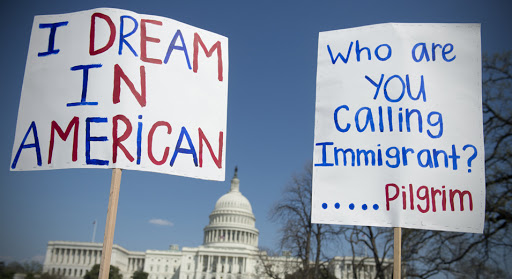 Cardinal Joseph Tobin of Newark, N.J., issued a strong call on Wednesday for American Catholic leaders to resist the immigration stance of the Trump administration, saying “you really have to believe in inflicting cruelty on innocent people to choose to support the policies we’ve seen in recent months.”

Tobin, a Pope Francis appointee, urged Catholic and political leaders alike to get involved in the defense of immigrants.

He asked, “What if every cardinal accompanied a person who crossed our paths to a deportation hearing? Every bishop? Every mayor?”

Tobin challenged people to see immigrants as they are, and not as distorted stereotypes, saying that by doing so, “we show our face.”

Tobin has long been among the most outspoken bishops on the immigration issue. He made news in March when he went along with a 59-year-old grandfather facing deportation, Catalino Guerrero, to a federal court for his hearing.