Trump advisor Kellyanne Conway to speak at March for Life 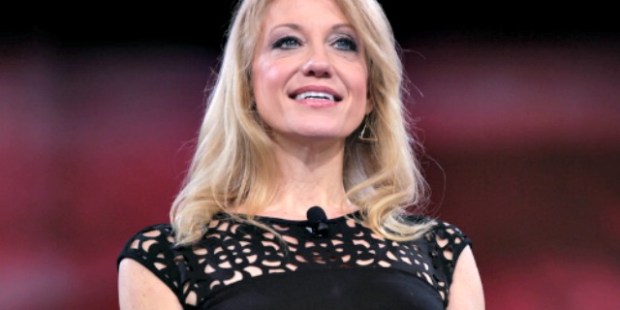 Share
Print
Deacon Greg Kandra - published on 01/12/17
It’s been a while since a high-ranking White House official participated in this event. Now, that’s about to change.

The March for Life announced today that Kellyanne Conway, the highest-ranking woman in President-elect Trump’s administration, will speak at the 43rd annual March for Life in Washington, D.C. on January 27th, 2017.

Conway will join other notable speakers including Archbishop of New York Cardinal Timothy Dolan, former Planned Parenthood Director and founder of ‘And Then There Were None’ Abby Johnson, Mexican Telenovela star Karyme Lozano, author and radio host Eric Metaxas, Bishop Vincent Matthews of the Church of God in Christ, who advocates for adoption in the African-American community, and more at the March for Life rally on the National Mall on January 27th, 2017.

“We are thrilled to have Kellyanne Conway speak at this year’s March for Life. As the first female to run a successful presidential campaign and as a steadfast advocate for life and family issues, Kellyanne beautifully embodies the 2017 March for Life’s theme, ‘The Power of One’,” says Jeanne Mancini, President of March for Life.