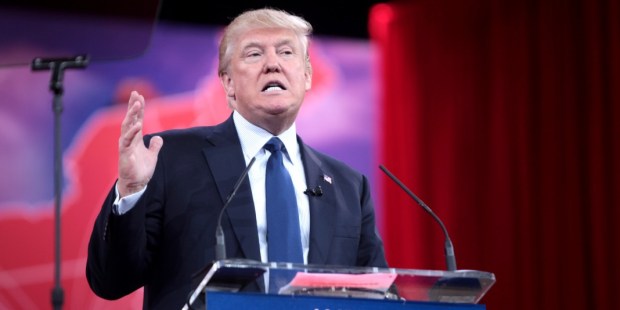 Donald Trump called Monday for a “total and complete shutdown” of the entry of Muslims to the United States “until our country’s representatives can figure out what is going on.”

In a statement released by his campaign Monday afternoon, Trump included recent poll findings that he says show that a sizable segment of the Muslim population has “great hatred towards Americans.”

“Without looking at the various polling data, it is obvious to anybody the hatred is beyond comprehension,” Trump is quoted as saying in the statement. “Where this hatred comes from and why we will have to determine. Until we are able to determine and understand this problem and the dangerous threat it poses, our country cannot be the victims of horrendous attacks by people that believe only in Jihad, and have no sense of reason or respect for human life.”

Trump campaign manager Corey Lewandowski told the Associated Press that the ban would apply to “everybody,” including both immigrants and tourists. Soon after the statement was released, Trump tweeted that he had “just put out a very important policy statement on the extraordinary influx of hatred and danger coming into our country.” He added in the tweet: “We must be vigilant!”

It might be worth re-reading this section of the catechism:

Respect for the human person proceeds by way of respect for the principle that “everyone should look upon his neighbor (without any exception) as ‘another self,’ above all bearing in mind his life and the means necessary for living it with dignity.”No legislation could by itself do away with the fears, prejudices, and attitudes of pride and selfishness which obstruct the establishment of truly fraternal societies. Such behavior will cease only through the charity that finds in every man a “neighbor,” a brother.

1932 The duty of making oneself a neighbor to others and actively serving them becomes even more urgent when it involves the disadvantaged, in whatever area this may be. “As you did it to one of the least of these my brethren, you did it to me.

1933 This same duty extends to those who think or act differently from us. The teaching of Christ goes so far as to require the forgiveness of offenses. He extends the commandment of love, which is that of the New Law, to all enemies. Liberation in the spirit of the Gospel is incompatible with hatred of one’s enemy as a person, but not with hatred of the evil that he does as an enemy.

1934 Created in the image of the one God and equally endowed with rational souls, all men have the same nature and the same origin. Redeemed by the sacrifice of Christ, all are called to participate in the same divine beatitude: all therefore enjoy an equal dignity.

The equality of men rests essentially on their dignity as persons and the rights that flow from it:

Every form of social or cultural discrimination in fundamental personal rights on the grounds of sex, race, color, social conditions, language, or religion must be curbed and eradicated as incompatible with God’s design.