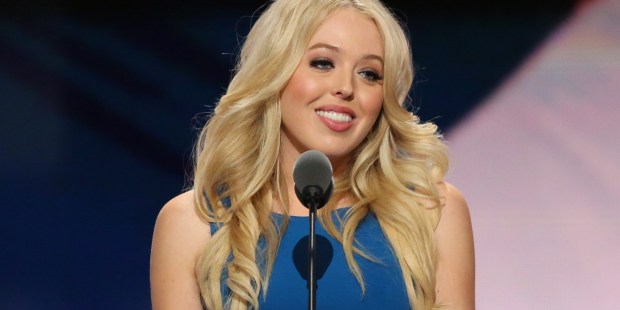 Tiffany Trump, the 23-year-old daughter of President Donald Trump, will be attending Georgetown Law School in the fall, a representative for the family confirmed.

She had previously toured Harvard Law School last December, as well as Columbia and New York University law schools. But her chosen school is much closer to her father and half-sister Ivanka Trump. The law school is about a mile-and-a-half walk from the White House and is ranked 15 by U.S. News and World Report.

Georgetown claims a number of Trump alumni connections. Eric Trump graduated in 2006 with a bachelor’s degree in finance and management. Ivanka spent two years at Georgetown before transferring to the University of Pennsylvania.

Steve Bannon, Trump’s chief strategist and senior counselor, earned a master’s degree in national security studies from the Georgetown School of Government in 1983, while Trump’s former campaign chairman, Paul Manafort, now caught up in the Russia investigation, has both a bachelor’s and law degree from the Catholic and Jesuit school.