Update on kidnapped priest: ‘Continue to pray for his release’ 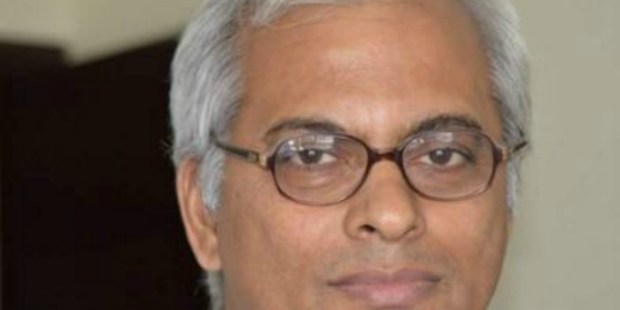 Many of you will remember the story of Father Thomas Uzhunnalil, who was kidnapped in Yemen last spring. Reports of his imminent release surfaced a few times—but nothing ever happened, and news about his situation has been scarce.  Friday, the Salesians released the following statement:

On March 4, 2016, a group of armed men attacked the house of the Missionaries of Charity in Aden, Yemen, killing 16 people, including four sisters.  At the time of the attack, an Indian Salesian, Fr. Thomas Uzhunnalil, was present. As the hours passed it became clear that he had been abducted. Eight months later, there is still no definite news of him.

Many people were mobilized immediately on his behalf. Among those who had and still have a prominent role in the whole affair are the Indian foreign minister, Sushma Swaraj, the vicar apostolic of Southern Arabia, Bishop Paul Hinder, and the Salesians of the Bangalore Province, to which the mission in Yemen belongs, and in particular the provincial, Fr. Mathew Thonikuzhiyil.

Since March 4 there has been no definite news of the fate of the Indian missionary. He is a nephew of Fr. Mathew Uzhunnalil, who started the Salesian mission in Yemen. Rumors of all kinds began to circulate on the Internet, especially around Easter. Fortunately, they later proved to be unfounded.

In July, images appeared on Fr. Uzhunnalil’s Facebook page that seemed to portray him in a bad state of health, blindfolded and beaten. But the authenticity of those images was immediately questioned by those who knew him best, beginning with his confreres from Bangalore, and shortly thereafter the Facebook page was closed.

In the first few weeks there were countless appeals, vigils, and demonstrations of sympathy and solidarity – by simple Christians, the Missionaries of Charity, and many other male and female religious, the Conference of Bishops of Kerala State, and all of India. Even the Pope appealed for his release on April 10. The fact that nothing was happening meant that media attention naturally diminished.

Eight months after those tragic events and the kidnapping of Fr. Uzhunnalil, the Salesian Congregation, starting from the Rector Major is again calling for attention to remain focused on the condition of this missionary and is asking all to continue to pray for him and his release.

Please remember this priest in your prayers—do not let him be forgotten!