WATCH: Proof that you can never have too many deacons 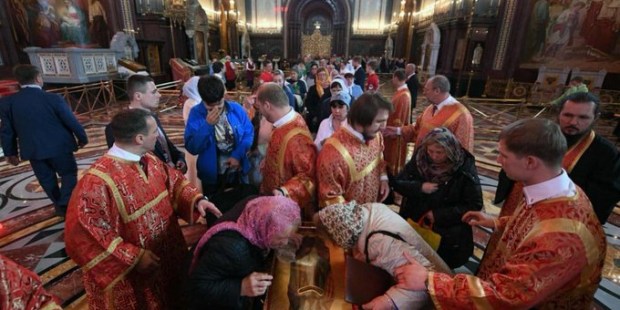 Share
Print
Deacon Greg Kandra - published on 05/24/17
The Vatican announced last month that “the number of deacons is increasing on every continent at a significant pace,” so it’s good to see people are giving all those deacons something to do.

Take note of how our Orthodox siblings are keeping them busy, with this video from Russia, honoring the arrival of the relics of St. Nicholas:

Thousands of people lined up for hours in Moscow on Monday to venerate the relics of Saint Nicholas, believed by Orthodox Christians to have miraculous powers, after his remains were sent to Russia on loan from their permanent home in Italy.

The remains of Saint Nicholas had never previously left the Italian city of Bari in the 930 years since they were brought there. After arriving by plane on Sunday, they were installed in Moscow’s gold-domed Christ the Saviour Cathedral, and put on public display.