‘We choose love’: the heroic men who stood up to hate in Portland 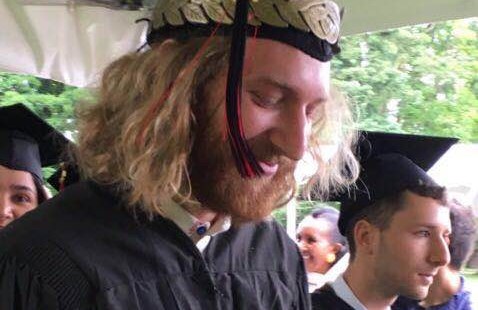 Share
Print
Deacon Greg Kandra - published on 05/28/17
In The New York Times, a moving account of the three men who stood up to hate speech in Portland:

An Army veteran, a recent college graduate and a student who once won a poetry contest by condemning prejudice stirred up by the Sept. 11 attacks intervened as a man screamed anti-Muslim insults at two women in Portland, Ore., on Friday.

In the days that followed, the three men were hailed as heroes.

Two of the men — Taliesin Myrddin Namkai Meche, 23, and Rick Best, 53 — died in the attack, which occurred on a commuter train. The third, Micah David-Cole Fletcher, 21, was treated on Saturday for injuries that the police said were serious but not life-threatening.

Jeremy Christian, 35, of North Portland, Ore., was charged with two counts of aggravated murder in the attack and could face additional charges when he is arraigned on Tuesday. Mr. Christian, who the authorities said had a history of making extremist statements on social media, was ranting at, and talking disparagingly about, the two women, one of whom was wearing a hijab.

One of the women, Destinee Mangum, 16, spoke to a Fox affiliate in Oregon on Saturday. She said she is not a Muslim.

…About 1,000 people gathered on Saturday night at a vigil to honor the men who intervened, according to The Oregonian.

“They didn’t have capes,” Ellie Eaton, a local activist, said at the event, according to the newspaper. “They were just human beings that we all have the capacity to be like.”

The Muslim Educational Trust, a local organization for the Muslim community, hosted a second vigil, followed by an interfaith dinner. Sadaf Assadi, a fourth-year dentistry student and one of the event’s organizers, said they had planned for 400 people but about 600 came. She said many of the attendees, most likely motivated by Friday’s attack, told her: “We need more of this.”

She said she was moved that two non-Muslims would stand up for “other people who look totally different than them, believe in things completely different from them, and are foreigners.”

“Generally I think people tend to stay quiet and hope someone else will take care of the problem,” she said. “And I’m just so touched they did that, and it’s so tragic they set up to do something good and they paid with their lives for it.”

Taliesin Myrddin lived a joyous and full life. His enthusiasm was infectious. We lost him in a senseless act that brought close to home the insidious rift of prejudice and intolerance that is too familiar, too common. He was resolute in his conduct (and) respect of all people. In his final act of bravery, he held true to what he believed is the way forward. He will live in our hearts forever as the just, brave, loving, hilarious and beautiful soul he was. We ask that in honor of his memory, we use this tragedy as an opportunity for reflection and change. We choose love. Safe journey Taliesin. We love you.