When the Pope meets the President: how it came about 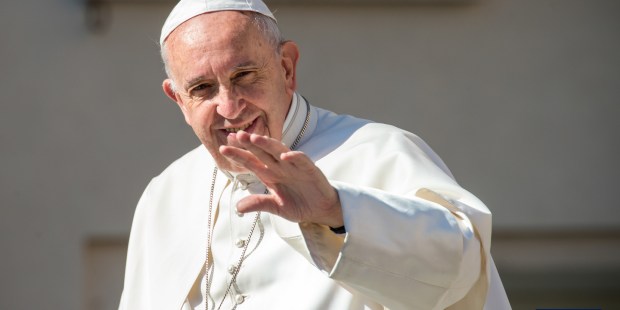 Who maneuvered since the beginning to foster contact, in agreement with the nuncio in the US, Christoph Pierre, and the Vatican Secretariat, was Cardinal Donald Wuerl, Archbishop of Washington. The path to the first unofficial approach with the new administration has gone through the evangelical world and precisely in the context of the National Prayer Breakfast, of which Vice President Mike Pence is an active member. This is why the chairman of the Renewing Spiritual Movement, the Italian Salvatore Martinez, who knows that world really well, has traveled several times to the USA to help breaking literally the ice. The two key figures, among Trump’s advisers, are the Evangelical Priests Jay Strack and Paula White.

On March 13, the decisive meeting, with the nuncio and Cardinal Wuerl, at the Washington Nunciature took place. Meeting attended also by some of Trump’s advisers. The Holy See lets know that the Pope is ready to endorse the audience. However, the White House tenant, engaged on various national and international fronts, does not seem interested. Until April 19 when his spokesman Sean Spicer announces: “We will contact the Vatican” to organize an audience. Shortly after, the Deputy Secretary of State Angelo Becciu, states that Francis is “always available to welcome heads of State who apply for audiences.” At the time, the United States had not yet appointed the ambassador to the Holy See, (Callista Gingrich was appointed only last Saturday). Even on this, however, precise signals come from the Vatican: it is not a problem.

Nevertheless, for another ten days, the phone does not ring. It is now April 29, when the Pope returning from Egypt reiterates: “I will receive every head of state who asks for an audience,” adding that until then there had been no requests.

Read on for additional details, including the news that the White House is reportedly preparing a video for President Trump on the Pope.