Why Mike Pence is right—UPDATED 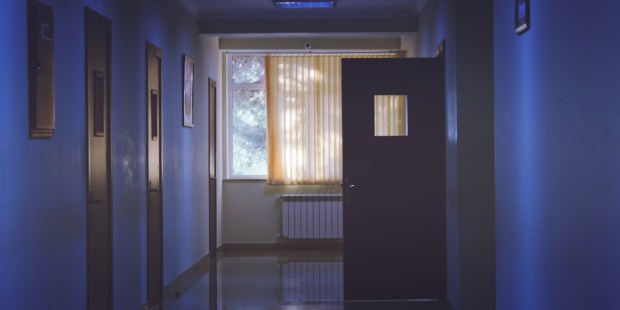 One short paragraph in that story has seized the attention of the world:

In 2002, Mike Pence told the Hill that he never eats alone with a woman other than his wife and that he won’t attend events featuring alcohol without her by his side, either.

Reaction was swift and, to me, surprising:

In a profile of second lady Karen Pence published Tuesday, The Washington Post reported that Vice President Mike Pence once said he didn’t dine alone with women other than his wife or attend events with alcohol if she wasn’t there. Pence apparently told The Hill about that practice in 2002, when he was representing Indiana in Congress. The Post’s detailing of Pence’s devotion to his wife, whom he married in 1985, drew scrutiny to the gendered dynamics of their relationship and his politics.

Reacting to the uproar, The Atlantic’s Emma Green, remarks, “The dust-up shows how radically notions of gender divide American culture.” She notes that Pence’s practice is not shocking in light of his religious background and points out that Bill Graham also abided by such a rule as an evangelist in the public sphere. On the other hand, Green observes, “That idea might seem disorienting to more socially progressive Americans.”

Andrew Exum, also writing for The Atlantic, says, “I have to confess: As a present Calvinist and as a former management consultant, I find this all exhilarating.” He acknowledges that the practice warrants controversy but does defend the couple’s choice. “The Pences, at the very least, seem to have a healthy understanding of their own weaknesses. And that’s something to which we should all aspire,” asserts Exum.

Charles C. W. Cooke at The National Review finds that Tuesday’s story positively reflected Pence’s commitment to his wife. He says, “There’s a decency at play there. There’s a humility, too. Good for the vice-president. He’s made his vows, and he’s sure as hell gonna keep ’em.”

Others criticized Pence’s rule as sexist:

Evangelist Billy Graham followed a similar rule, not traveling, meeting or eating with another woman alone. It is sometimes referred to as “The Billy Graham Rule.” The practice is still common among many evangelicals.

This 15-year-old paraphrase resurfacing has led to many tweets. A simple search of “Mike Pence” shows some of the reactions. Many question Vice President Pence’s self-control and see the practice as sexist.
Some argue that it reduces women to objects of sexual lust while also positing that men are completely helpless to resist them.

I have a somewhat different take.

I remember my wife telling me about the “Billy Graham rule” shortly after I was ordained, and it struck me as profoundly sensible for one simple reason: it protects you from false accusations.

I know clergy who will not meet with children privately  for the same reason.  Whenever possible, they always make sure there is an adult or several other children present. (More on this below.)

Not everyone, of course, feels this way.  One pastor wrote not long ago:

The best reason why we might challenge the Billy Graham rule is that Jesus did not follow it.  He talked to the Samaritan woman at the well.  He was left alone with the woman caught in adultery.  He appeared to Mary Magdalene alone in the garden post-resurrection.  There are multiple accounts of women anointing Jesus’ feet and head with expensive oils.  One woman wet his feet with her tears and wiped them with her hair.  Jesus loved extending presence and relationship to women.

Boundaries in any relationship are essential.  But when the boundaries become the focus, the relationship turns into an abstraction.  We dehumanize the other gender to protect the boundary.  Fear based boundaries, like the Billy Graham rule, block out mutual trust.  Building trust requires hundreds of small positive interactions.  When you take away those interactions, trust has no way to progress healthily.  Where there is little trust, fear and suspicion grows.  Where trust is lacking, there can be no real relationship or ministry.

He has a point. But from my perspective, better safe than sorry. This is the world we live in now. Public figures—whether politicians or pastors—are easy targets. (I’ve known a couple priests who were falsely accused, and later cleared, but the stain stays forever.)

UPDATE: A woman who worked for Pence when he was in Congress weighed in Monday morning in The New York Post.  Snip:

Since a Washington Post profile of Karen Pence, the vice president’s wife, appeared last week, critics have obsessed over a single line which reported that, as of 2002, the vice president doesn’t dine alone with women other than his wife. At the Atlantic, the New Yorker and other venues, writers have argued that Pence’s preference amounts to a discriminatory policy against women employees, leading to them being left out of important meetings that could boost their careers.

But it’s not true. And I would know: I’m a woman, and I worked for Pence while he served in Congress.

Pence’s personal decision to not dine alone with female staffers was never a hindrance to my ability to do my job well, and never kept me from reaping the rewards of my work. In fact, I excelled at my job because of the work environment created from the top down, and my personal determination to succeed.

I engaged in senior staff meetings and strategy sessions side by side with the congressman and my colleagues, and I never felt sidelined because of my gender. My proposals and suggestions were always valued as equal with those of my male counterparts.

As time went on, I was able to prove that I could handle increased responsibilities, and so more responsibilities were provided to me. My gender never factored into how my work was evaluated, or whether my responsibilities were expanded. In fact, the congressman would sometimes send me to GOP leadership communication meetings to represent his voice — and more often than not, I was the only woman in the room.

My work product determined my success — not private dinners with the congressman. When looking back on my time in the office of the man who is now vice president, I don’t consider it to be a period of missed opportunities.

I also had a conversation with a couple priests over the weekend on this topic. All of us agreed:  As clergy, we all practice variations of this ourselves. Public figures, whether clergy or politicians, are easy targets for gossip, slander, scandal and—most horrifically—false accusations. Anything you can do to lessen the chances of that is just common sense. Face it: People are crazy. Some are unbalanced. Some are malicious and spiteful. Take whatever measures you can to avoid giving them ammunition.

At least one priest I know said he has a personal rule to never drink alcohol in public, to avoid giving people a reason to gossip.

Likewise, I will never meet with a minor alone; I always make sure someone else is in the room. And when I confer with women about annulments or any private matter, it’s in an office with frosted glass windows, so anyone can see what’s going on.

One of the things we learned in formation: once ordained, you become—for better or worse—a public figure. You will be scrutinized. You will be judged. You will be spoken about, gossiped about, targeted, praised, adored, discussed over dinner. Get used to it. Be prepared for it. And know that everything you do is being watched—not always by people who are sympathetic or supportive.

It’s the exact same thing with politicians—or, really, any figure in the public eye.