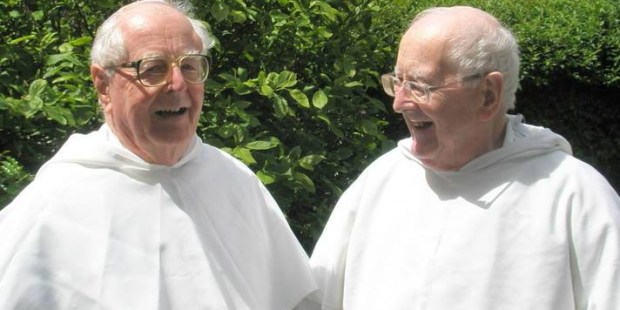 Sixty years ago I designed my ordination card, with this quotation from St. Paul’s 1st Letter to the Corinthians, “This, then, is how you ought to regard us: as servants of Christ and as those entrusted with the mysteries God has revealed.” (1 Cor. 4.1)

That’s what ordination to the priesthood meant to me then. That’s what it still means to me, sixty years later.

On 11th May 1957 my twin brother, Peter, and I were ordained priests. We became servants of Christ, entrusted with the mysteries God has revealed -entrusted with the Ministries of Word and Sacrament. As ministers of the Word we had been called to proclaim the Good News of Salvation. As ministers of the sacraments Christ has empowered us to make His sacrifice on the cross present in every celebration of the Holy Mass. We have been called to be ministers of His Mercy through the Sacrament of Reconciliation. I have seen and personally experienced the peace which the Sacrament of the Sick has brought to me and to other sick people. Our calling is to love God and people and, with His help, bring them together. For me as a priest it has been my joy and privilege to help people to meet Jesus.

But that is a daunting task. Instinctively we say, “Why me? Lord I’m not worthy.” But if God had to wait until we became perfect, before He entrusted the priestly ministry to anyone, He would never have any priests! But He has entrusted His work to us vessels of clay. We have His reassurance that when He calls us to do something He always gives us the strength to carry out His will -provided we pray for His help. St. Paul even reassures us that God choses the foolish of this world to confound the wise. We crazy twin brothers adequately meet this particular requirement. Whether or not we’ve confound any of the wise, God only knows!