WWJD? What Would Jesus Drink? Israeli Winery Has an Answer 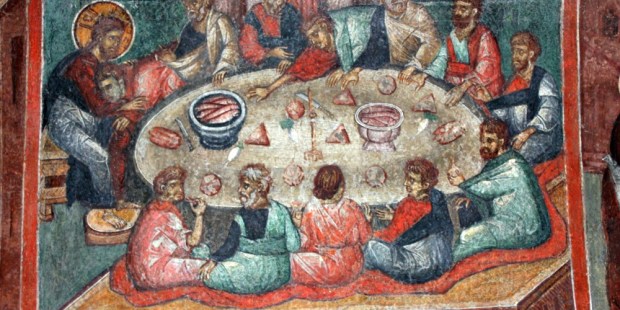 The new crisp, acidic and mineral white from a high-end Israeli winery was aged for eight months — or, depending on how you look at it, at least 1,800 years.

The wine, called marawi and released last month by Recanati Winery, is the first commercially produced by Israel’s growing modern industry from indigenous grapes. It grew out of a groundbreaking project at Ariel University in the occupied West Bank that aims to use DNA testing to identify — and recreate — ancient wines drunk by the likes of King David and Jesus Christ.

Eliyashiv Drori, the Ariel oenologist who heads the research, traces marawi (also called hamdani) and jandali grapes to A.D. 220 based on a reference in the Babylonian Talmud.

“All our scriptures are full with wine and with grapes — before the French were even thinking about making wine, we were exporting wine,” he said. “We have a very ancient identity, and for me, reconstructing this identity is very important. For me, it’s a matter of national pride.”

…With a budget of about $750,000, mainly from the Jewish National Fund — a century-old Zionist organization that has helped transform Israel’s agricultural landscape — Mr. Drori and a dozen colleagues have since 2011 identified 120 unique grape varieties whose DNA profiles are distinct from all imports. Around 50 are domesticated, Mr. Drori said, 20 of them “suitable for wine production.”

Separately, researchers have identified 70 distinct varieties, using DNA and a three-dimensional scanner that has never before been successfully employed this way, from burned and dried seeds found in archaeological digs. The idea is to match such ancient seeds with the live grapes, or someday perhaps to engineer fruit “Jurassic Park” style.

Then there is proving that the old specimens were actually used for wine, not snacks. Mr. Drori points to one set that was recovered near the site of the destroyed Jewish temples alongside a shard of clay marked in an ancient Hebraic script, “smooth wine.”