. . . and always has been.
Here’s an endearing story about some centuries-old notes, doodles, and other documents from Russia.

Almost a thousand of the perfectly preserved documents, scratched on the bark of birch trees, have been recovered from the deep layers of Novgorod’s anaerobic clay soil over the past century… The birch-bark documents date from the 11th to 15th centuries and include tax returns, school exercises, wills, IOUs, marriage proposals, prayers, spells and curses … The most charming, however, are a series of 13th century drawings by a boy named Onfim, who was about 7 years old when he drew them around 1220 AD.  Onfim was supposed to be learning to write, but his daydreams got the better of him and his spelling exercises are mixed with doodles. In this example, Onfim has diligently copied out the first eleven letters of the alphabet in the corner of the page, but got bored and drew a picture of himself as a warrior, sword in one hand and impaling an enemy with a spear in the other – he even labelled the figure on the horse as ‘Onfim’.

In another example, he drew a picture of himself as a wild beast (which he identified by writing “I am a wild beast” over it).

Onfim the Wild Beast would have gotten along just fine with my son Elijah — who, when he was two years old, came down the stairs in the morning growling to himself, “Here – come – wi-ld – Ji-jah . . . ” Here is something Elijah (now 9) recently doodled, apparently while taking a break from making a Christmas wish list: 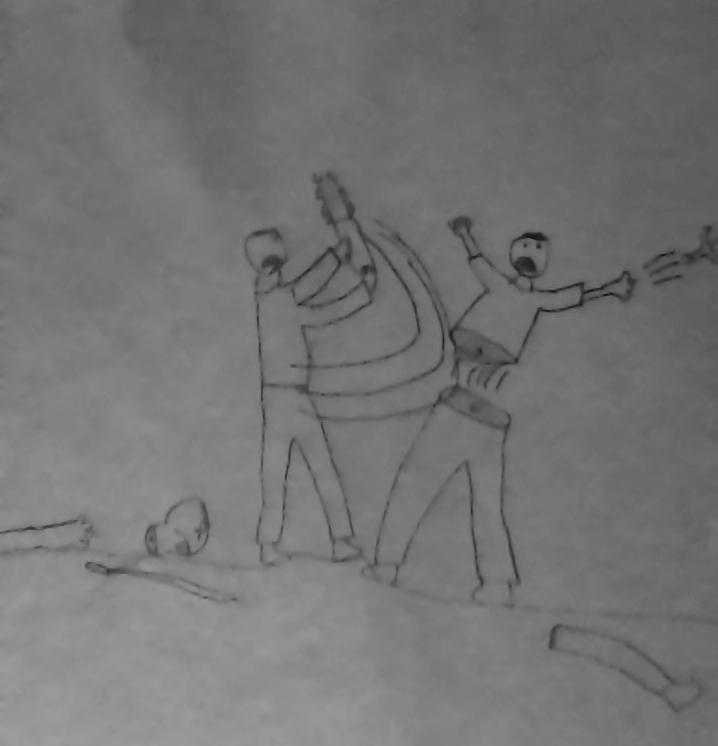