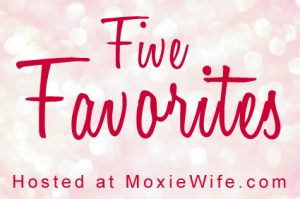 1 and 2.  Bras that actually fit.  I’ve been meaning and meaning and meaning to go to this store that does bra fittings.  On the one hand, I’ve been breastfeeding for a total of something like 146 months, and I walk like a cripple because I’m trying to hide the fact that my shirt fronts look weird.  On the other hand, I knew I was going to have to go in there and let them look at me, like, look at me, and possibly touch me.

So I while I was working up the courage for that, I checked out this site Her Room (CUSTODY OF THE EYES WARNING IT’S ABOUT BRAS AND WHAT IS IN BRAS, SO, YOU KNOW) at doesn’t just ask your band and cup size, but it wants to know allllllll about how exactly you’re shaped and — I mean, exactly how you are shaped, and, um, how’s it hanging, and such.  And then it makes specific recommendations for you.  Very clever and well done.  But by the end of it, it was like, “So, based on your input that you are a lumpy, pulpy, pendulous, glutinous, lopsided hag with something weird going on in the collar bone, we recommend the LALALALIQUE Titanium Ultra Whalebone Empresse Sassinesse Toujours Gai Ultra Suspension System Plus (may not available in leopard print) to wear under your turtlenecks.”  And I’m like, yay, you helped.  Now I want to go dig a hole and jump in it and never come out.

Anyway, after moping and stewing for a few more days, I put on some extra deodorant and dragged myself to this little lingerie shop in a nearby town, and asked for a bra fitting.  And it wasn’t humiliating or awful or anything.  The woman was professional and matter-of-fact and sympathetic, and I bought two bras (spending about as much as I would normally spend on six bras and a bottle of wine), and they are great.  Just great.  I don’t have to think about my chest all the time, or constantly seek out discreet corners where I can duck in and do some furtive rearranging all the time.  Blessed relief!  Recommended.

3.  The over the tank toilet paper holder. 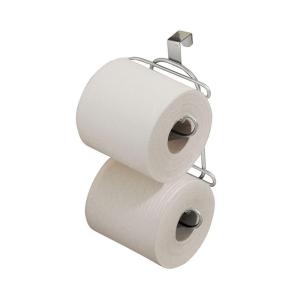 This does not actually solve our current bathroom problem, which involves a stud finder that doesn’t find studs, a wall that spits out wall anchors with an almost audible “ptui” of contempt, and kids who see me buying accessories that make one room — just one lousy room — of the house look normal, and they think, “Challenge accepted.”  I think that if we want to have a toilet paper holder that stays put, we’re going to have to wall up one section of the bathroom with concrete, install molly bolts, and use them to chain the children to the wall so they can’t tear down the toilet paper holder, which will be on the other wall.  But for your house, maybe an over-the-tank model would help.

4.  I like to drink wine more than I used to. Anyway, I’m drinking more.  Yellow Tail is pretty good! 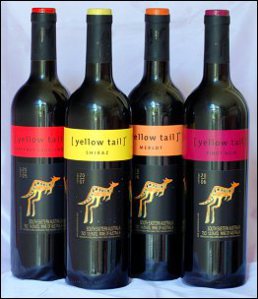 Because the experts says that if it tastes good, then it is good, right?  Anyway, I’m drinking more.

5.  So, I suppose everyone’s seen the Dove thing where it turns out the pretty ladies are pretty but *sob* they didn’t quite realize that they were pretty.

No, but seriously, I think it’s nice of Dove to be making an effort to make women feel okay, even if only in a very limited way; and I always admire a very smart marketing idea.  And I love that they set themselves up for this parody, which I suppose everyone has also already seen:

So, when I saw the first one for the first time, I immediately thought of my mother.  I’ll never forget the life lesson she taught me one day.  She had read somewhere that most women are not nearly as fat as they think they are.  The article suggested that a woman should take two chairs and set them up, with their backs facing each other, so that they are as far apart as her hips are wide.  “Go ahead and walk between the chairs,” the article urged, “And you will see that you have overestimated your hip width by several inches!”

“By gum, I’m gonna try that,” my  mother says.  So she sets up the two chairs, takes a few steps back, and then strides through — and knocks over both chairs.  Kablammo!  Well, she had eight kids!  And anyway, she’s skinny again now.  What do you want.

Well, it’s possible I’ve missed the point of Five Favorites.   To see how it’s supposed to be done, head over to Hallie Lord’s site, Moxie Wife, and check out the other links!  Happy Wednesday or whatever it is.

Prayer for this evening
Top 10
1
Bret Thoman, OFS
What Padre Pio saw in the Spanish Flu of 1918
2
Annalisa Teggi
Amputee from the waist down is thankful every day to be alive
3
Philip Kosloski
Padre Pio’s favorite prayer of petition
4
Philip Kosloski
5 Essential things used at Mass and their symbolism
5
Cerith Gardiner
7 Joys to be had from a lengthy marriage
6
Philip Kosloski
Catholic prayers for strength
7
Zelda Caldwell
Mystery of crosses on walls of Church of the Holy Sepulchre may h...
See More