Give me a dumb kid any day.

Today, we went for kindergarten screening with my five-year-old (here in the persona of “A Snooty Waitress”) 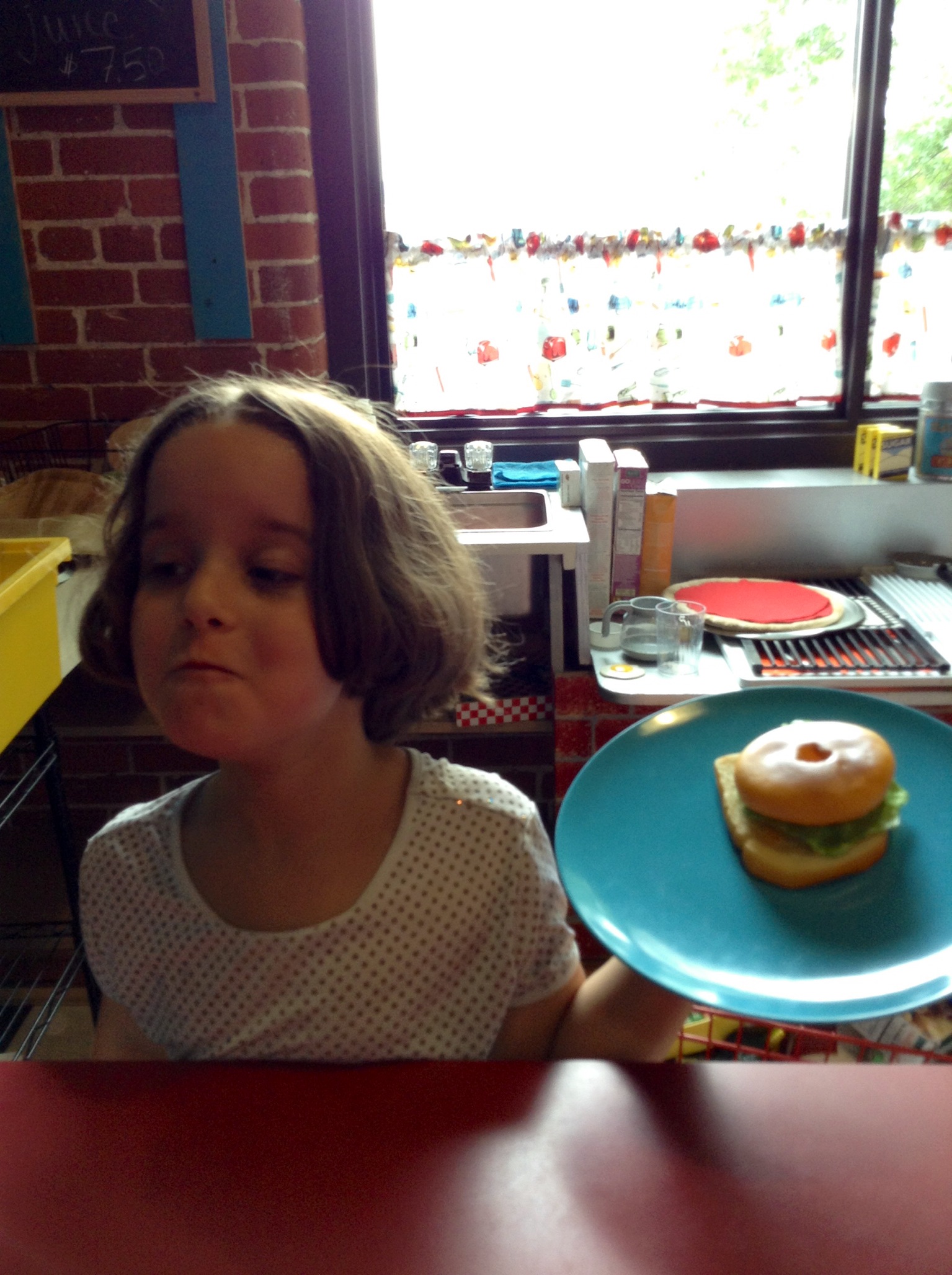 I, being the greatest mother in the world, didn’t say a thing, because this is my kid’s moment to shine, and whatever happens, happens. So the teacher gently encourages her to count how many dominoes are in the group of four. “One, two, free, four.” And how many in this other group? “One, two, free.”  All right, now can you show me which one has two in it? She again points to the groups of three and four.

Then the other teacher points out that my child is indicating which groups include individual dominoes with two dots on them. There are, indeed, two groups with two in them. Ta dah!

This reminds me of my nephew, who went for a well-child check-up. I think he was about five, too. A tricky age! The doctor held up a green crayon and asked him what color it was. He hemmed and hawed and wasn’t sure. The doctor carefully recorded this slightly worrisome deficit.

My sister, his mother, asked him why the heck he didn’t just tell her what color the crayon was. “The doctor was holding her finger over the label,” he explained, “So I couldn’t read if it was Forest Green or Jungle Green. ”