That’s what the Jewish Daily Forward can say to Pope Francis, because they just named him one of the 50 most influential Jewsin the United States.  (Apparently they traditionally choose two non-Jewish candidates who show “respect and an understanding of Jewish culture”). 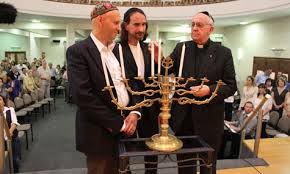 Of course, they could just as easily have chosen Benedict XVI 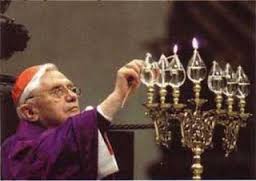 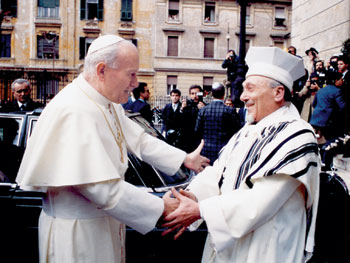 and of course Pope Pius XII.

So next time you meet the pope and want to wish him “happy holidays,” go ahead and sing out, “Gut Yontiff, Pontiff!”  He’s the Pope.  He’ll get it.