Holy Cow, My Mother Was Right. 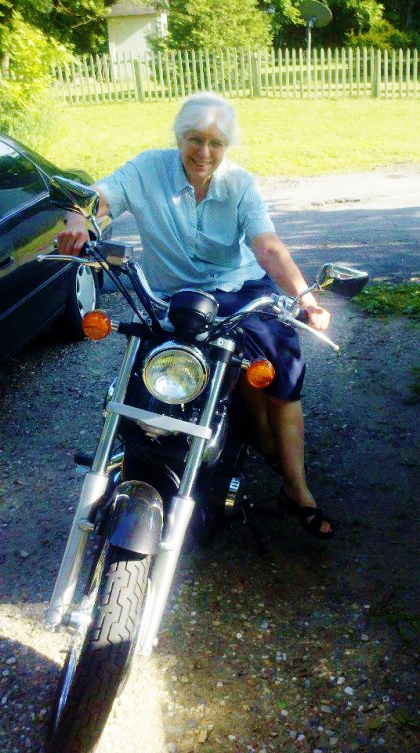 My sister, Devra Torres, shares a few of the things we love about our mother.  My Personalist Mother includes this tribute, which is absolutely true:

If there was anything that needed correcting about the way we dressed or talked or treated each other, she was going to correct it because it was stupid or evil, not because it reflected badly on her self-image.  It was part of a theme that ran through our childhood: Take truth seriously, but don’t take yourself seriously.

My mother reduced, reused, and recycled long, long, long before it was cool, and so she will totally understand if I rerun this mother’s day post which I wrote in 2012.  Happy mother’s day, Ima! I know you’ll deny it all, but it’s twoo.

Holy Cow, My Mother Was Right

About the following, for starters:

Reading is what people do, like breathing or blinking.  Read to yourself, read out loud to your kids (any age), read with your spouse at night.  Every time you turn off the TV, you’ve won back a little bit of your life.

But sooner or later, you have to decide which side you’re on.  I think she said this to me when she saw the trashy cover of a CD I was listening to as a teenager.  You can make excuses and give yourself passes, but your spiritual life is made up of these choices:  there’s no such thing as (a) the religious part of your life, and (b) the rest of your life.  If you want to be a Catholic, you have to live that way all the time, even if it means cutting out things you enjoy.

Functionality is beautiful.  If it works, then it’s a good system, even if it looks silly.

There are worse things in life than being embarrassed. I remember hearing one of my parents’ friends telling his conversion story.  The only part I remember is, “And right there, in the middle of the airport, I kneeled down and said to God . . . ”  I remember rolling my eyes and thinking, “Boy, that sums it up.”  It seemed like the rest of the world was the airport, going about its business, and our family was the weirdos, standing out, doing something different, acting like freaks — not always about religious things, but about everything.  Well, it turns out that children (and teenagers) do not die from standing out.  Also, when they grow up, they will be able to enjoy something the Normals never enjoy:  the exquisite thrill of fitting in.  I still get a delicious little transgressive frisson when I make cake from a box mix, JUST LIKE OTHER PEOPLE DO.  Brrr!

Never lose hope about other people.  Maybe you can’t change them — in fact, you definitely can’t change them — but God can.  So keep praying for them.  Even if they never know you’re doing it (and even if you never see the results yourself), it may be the most important thing you do for them.

Everybody’s tired.  Nobody feels really well.  Everybody feels like they’re no good at least some of the time.  Now please get up and go to work anyway.

Accept the people that God sends into your life.  My mother is a magnet for strange, needy, difficult people.  They seem to realize that she’s no good at social chit chat, and will answer them directly, on whatever bizarre terms they choose to start the conversation; and she will help them if she can.  She is ready and willing to talk about anything, as long as it’s interesting or important.  When I was little, I hated having our house open to strange and unpredictable people, but now I wish I were courageous enough to have that kind of house.

You go to Mass to worship God.  If you’re there for anything other than that, you’re wasting your time.  My mother would answer me any time I called her name, any time at all, except during the consecration and elevation.  I remember being very young and being baffled that she didn’t seem to hear me when her head was bowed.  Eventually I figured it out!

Go outside for a minute; you’ll feel better.

Home is where, when you have to go there, they have to take you in.  My mother would love to live in a one-room shack with a cot, a computer, a hot plate, and a drain in the floor for easy cleaning.  Instead, my parents maintain a dusty, cumbersome, 12+-room Victorian house, because sometimes people need a place to stay (as we did one year, when our entire family had a collective nervous breakdown and needed shelter).

Catholics aren’t afraid of history, or sex, or death.

Catholics aren’t afraid of anything. Actually, of course they are, but they are the ones who are equipped to forge ahead anyway.

Charity believes all things.  The good you see in people may not be the whole truth about them, but it is true.  So start there, and make a fuss over it until it turns into something more.

Poetry is meant to be read out loud.

When in doubt, add more garlic.

So, happy early mother’s day, Ima.  I’m sorry we kept giving you those flowers even though you were allergic.  I’m sorry we stole all your pens and tape and thumb tacks, and I’m sorry about the bowl of sugar in the dresser drawer.  And also, you know, all the other stuff.  I’ll forgive you for those humiliating bathing suit shopping trips, if you forgive me for everything else!