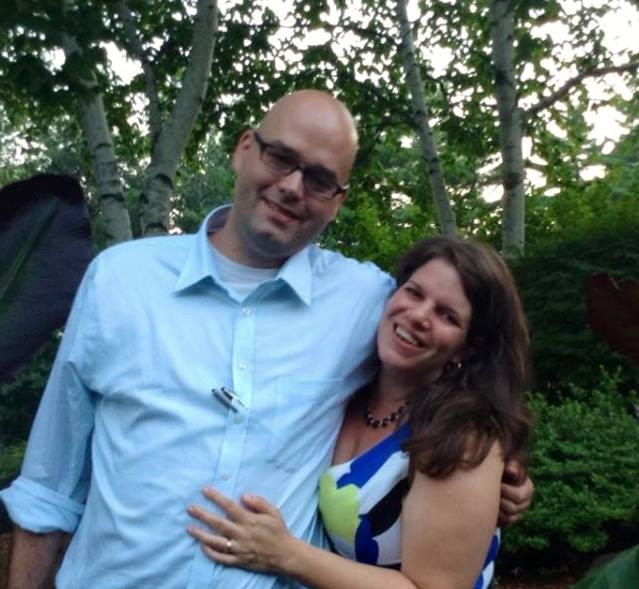 Nah. I’m not afraid of it anymore. But it’s not as big of a deal as I thought it was, either.

When I was first married, I was dying to leap feet first into the perfect Catholic relationship. So I took a deep breath and prepared to Ephesians 5:22 the heck out of my husband. He would tell me to do something, and I was going to obey him, by gum. (Like many couples, I yeah-yeahed my way past Ephesians 5:25-28, where the husband is supposed to treat his wife like Christ treats the Church, which is approximately ten krillion times harder than just obeying your husband.)

So I waited. And dammit, he never required me to obey him. Sure, he expected things of me — some reasonable, some unreasonable. We were just married, and we had a lot to figure out. But in general, the issue of obedience just didn’t come up. I was afraid this meant that we had a spiritually inferior marriage — that we were limping along with some kind of second rate modern system which would get us through the years, but which was keeping us from . . . something. I don’t even know what. Spiritual fruit of some kind, which I didn’t even know enough to recognize the lack of, because I hadn’t sufficiently molded myself into an obedient wife.

Where did this idea come from?  Wifely obedience is portrayed in many Catholic circles as the main feature of marriage — more important than prayer, more important that personal formation of any kind, more important than caring for children, more important than anything.  Just wifely obedience as a state of being.  Gotta submit, gotta obey, gotta be meek, gotta acknowledge your husband’s all-encompassing domination over the family with every breath, every word, every gesture, every thought, every decision. Without wifely obedience, we have chaos, we have the feminization of men, we have divorce and bitterness and unhappiness of every kind. When the wife isn’t panting to obey, marriage becomes a black hole into which, with a faint scream, the domestic Church as a whole is sucked, never to return until the Second Coming, when Jesus comes back for the main purpose of yelling at all those lippy dames.

When my husband and I got married, we were both young, and he would readily admit that he didn’t have any more life experience or wisdom or inside information about anything than I did. He’s better at some things; I’m better at others. There are some things we’re both bad at, and  need to hold each other accountable for. The “he decides, she complies” model? What for?  Our relationship had never been like that when we were dating, so why would it change when we started a family and things became complicated?

We fought a lot, and sometimes still do; but gradually, we started to realize that when we disagree about something, it’s usually because we aren’t listening to each other, or don’t believe yet that the other person understands something that we don’t. Usually, when we really start to listen (and sometimes we have to have the same fight over and over and over again before we can really hear each other), it actually becomes very obvious that one of us is right and the other one is wrong. And then it becomes easy to know what to do: you do the right thing. We’ve been through enough crap together to know that neither one of us is going to push hard for something that would be bad for the family. If he really, really wants something, I trust that he has a good reason; and vice versa.

In general, the person who bears the brunt of the decision at hand is the one who gets to make the call.  So if he wants to make a career move that I’m not crazy about, it’s ultimately his call, because he’s the one doing the job. If I want to make a major change in the kids’ education and he’s hesitant, it’s ultimately my call, because I’m the one who spends more time with the kids, and the I’m one who deals most with their daily schedules.

But here’s the thing: even if there’s something that affects one of us more than the other, there are zero decisions which only affect one of us. Even little stuff. That’s how it is when you’re one flesh, for better and for worse: nothing is just about you. What is the point of joining together if you behave as if one of you is more important than the other? That would be bad for both of you.  One spouse making autonomous decisions without considering the other person is like trying to set a course if you know your latitude, but not your longitude. You’re gonna get lost.

Here’s what everyone needs to understand about the grace of the sacrament of marriage. One of the main ways you receive it is . . . guess how . . . through your spouse. It’s not as if the husband can just go about his husbandly business being a good husband by standing in a shower of Husband Graces once a week. No, he learns how to be a good husband by drawing closer to his wife.

Many years ago, my husband was going through a really rough patch. He had tons of serious problems all at once, and he couldn’t sleep for the anxiety. He lay in the dark, begging God to help him out. And then he suddenly realized that I was there, in bed, next to him. And that was the answer. Not that I could solve his problems — I really couldn’t — but I was there to help him. That’s why I was there.

Authoritarian husbands often point to Mary and Joseph to illustrate “He decides, she complies” as the true Catholic model. But what do we actually know about St. Joseph? Mainly that (a) He utterly failed to stand on his rights and get rid of that seemingly disobedient, seemingly sinful, seemingly rebellious young chit of a girl who turned up pregnant without his say-so, and instead he (b) cared for his wife and child.

And what about that idea that a husband should love his wife as Christ loves the Church? What do we know about Christ? Mainly that He served and gave and served and gave, and then He died for her, and then He came back to life so that He could serve and give some more. That’s what we know.

In our marriage, obedience is an emergency tool. My husband uses it when I am being truly insane: when I’m delirious, or exhausted, or too overwhelmed with guilt and self doubt to think clearly. Then he asserts his authority and insists on . . . taking care of me.

I can also see obedience being useful if a man simply has the kind of personality where he needs to have his way; or if the wife has the kind of personality where she simply doesn’t want to deal with things. Obedience would help the marriage survive, in the same way that a tourniquet might prevent you from bleeding to death — but it’s hard to imagine that that kind of system isn’t fostering selfishness and childishness. It’s like what Fr. Longenecker said about gender roles, only more so:

Rigid gender roles are subjugated to the law of love. Loving our spouse and children in a free and generous way is what it’s really all about. Gender roles are not law; they are there to help us achieve complementary love.

There you go. Don’t worry about whether or not you’re fulfilling Ephesians 5. If your marriage is loving, then you’re doing it right.

How does it work in your marriage? Do you and your spouse — or you and your peers — have conflict over how the issue of obedience? Have you come to understand Ephesians 5 better over the years?