I was late to listen to Sam Rocha’s “Late to Love.” My mistake! 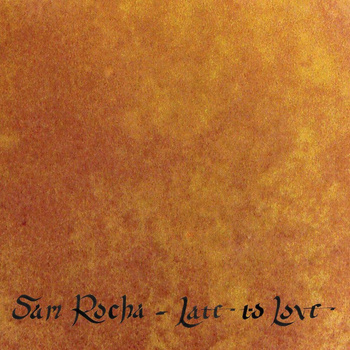 If you’re even peripherally involved with Catholic media, you will know that peculiar dread that goes thrilling down your spine when you hear the words, “Can I send you a copy of my new Catholic [album, book, movie, interpretive dance instructional booklet, etc.].

So, I put off listening to Sam Rocha’s Augustinian* soul album, Late to Love, which debuts today. I’ve been putting it off for months. But today I finally clicked on tracks that you can hear online here. And I am kicking myself for waiting.

Because it’s good. Really good. It’s clean, it’s tight, it’s professional.These are real musicians; he’s a real singer, with a supple, smoky voice. It’s original and soulful, the lyrics are smart, the sound is solid and occasionally unexpected, and it’s really, really Catholic. Give a listen!  Sam is smart and funny, educated to the gills, and kind of a smart ass.  And he totally gets that it’s not enough to be Catholic, you also have to be good at what you do.

*Check out the background for the album cover, above. Recognize that color and texture? Hint: Augustine . . . fruit . . .