Back in the spring, I said to myself, “This is the year! This is the year I’m going to plant one of those glorious sunflower bowers for the children.”

“This is so simple, even I can’t screw it up!” I thought.  “They can pretend they are fairies living in a flower fairy home, and it will be a Nice Childhood Memory Guaranteed!”

So, we chose some seeds that become hardy, mammoth flowers, we picked a sunny spot, measured out a generous circle, dug, fertilized, planted and watered faithfully. Several months later, behold the magic: 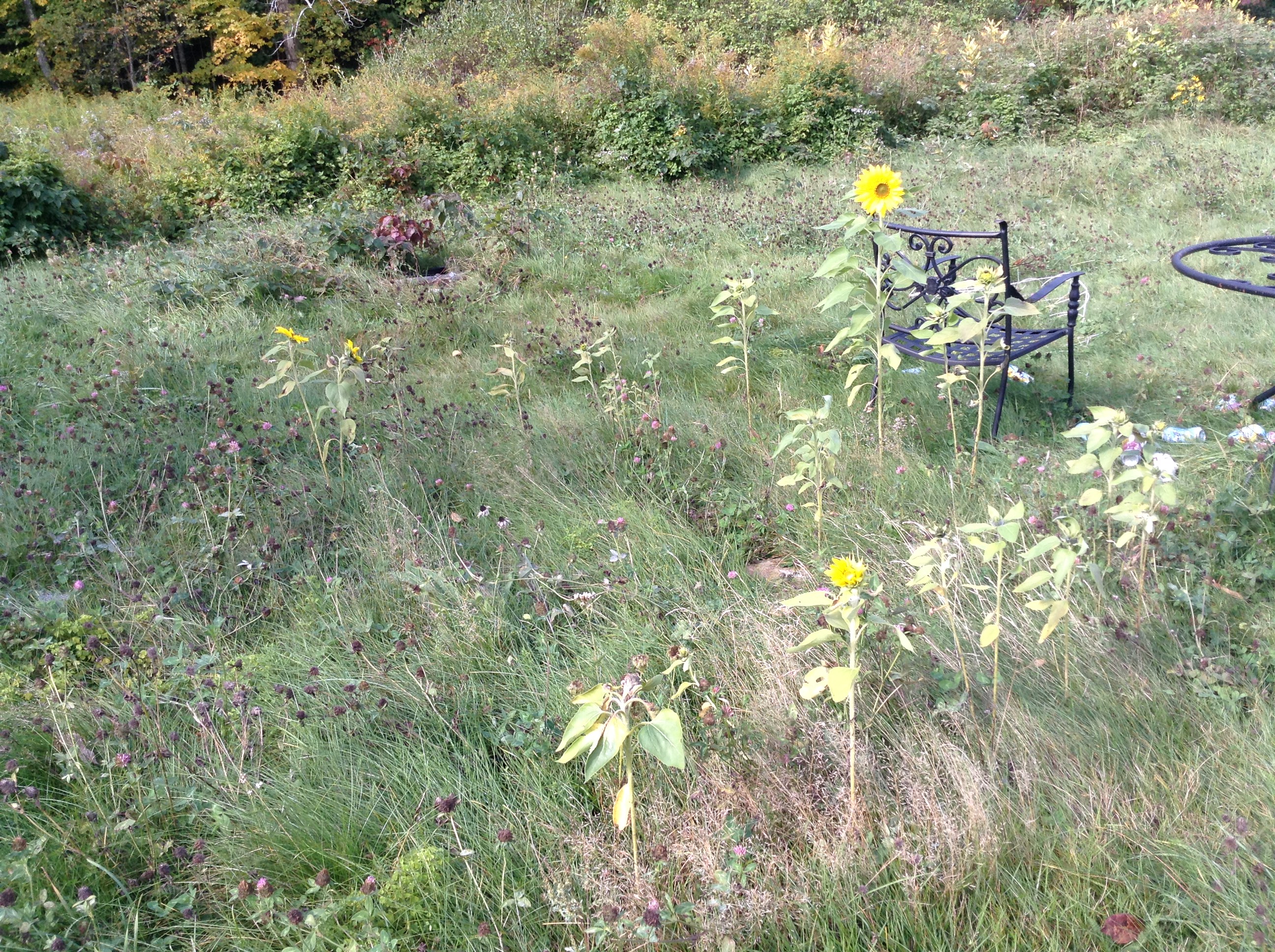 ON THE OTHER HAND, we have this wild mint patch outside the living room and dining room windows. Anyone who has wild mint knows that it smells nice, but how tenacious it is, how it spreads like crazy and chokes out anything else that wants to grow.  Above this mint patch, I hung a birdfeeder, which was immediately mangled by an animal which I refuse to believe was a bear. The seeds spilled all over the place, and now look what it looks like outside that window, all by itself, without me doing anything besides refusing to think about bears: 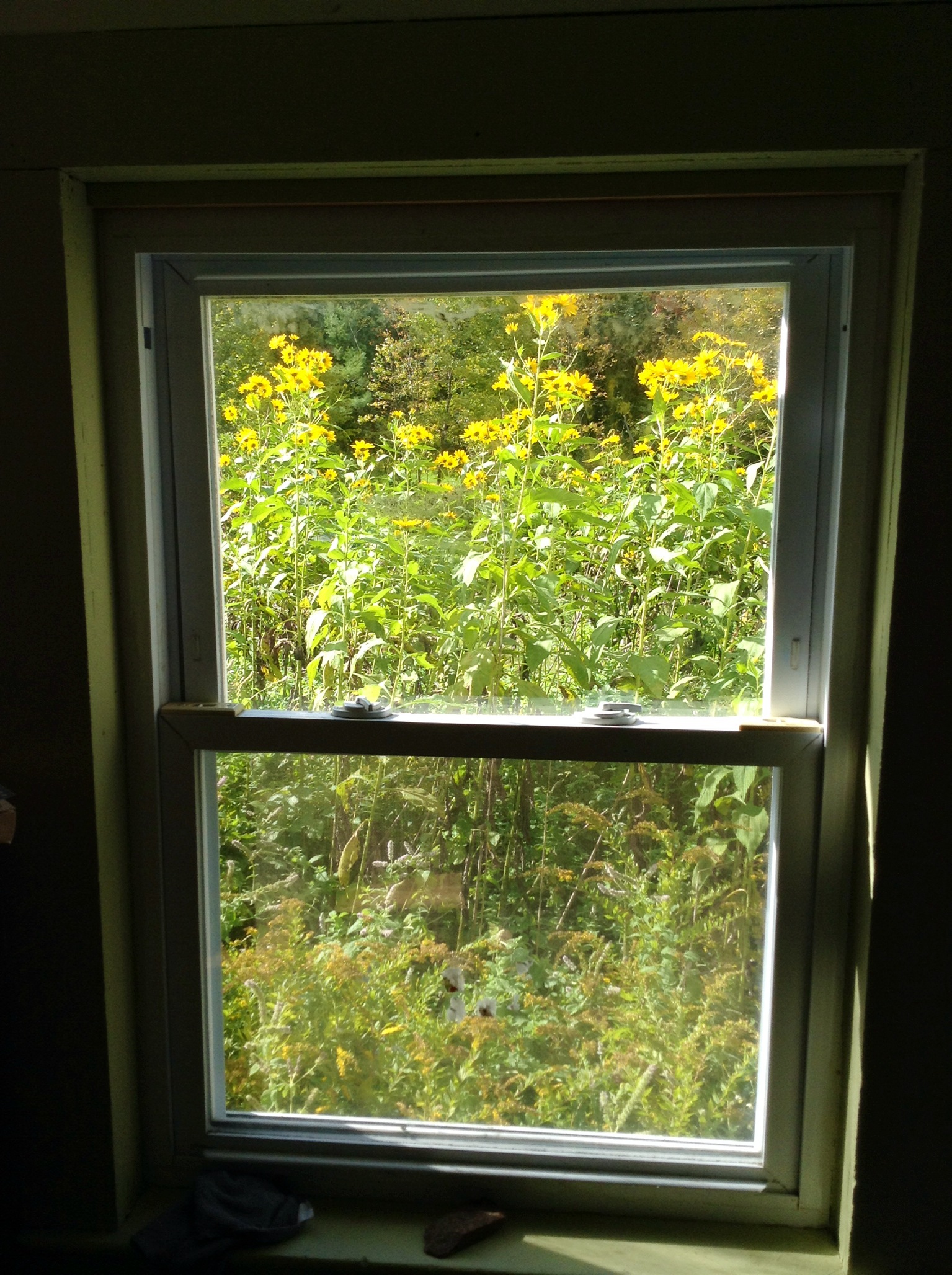 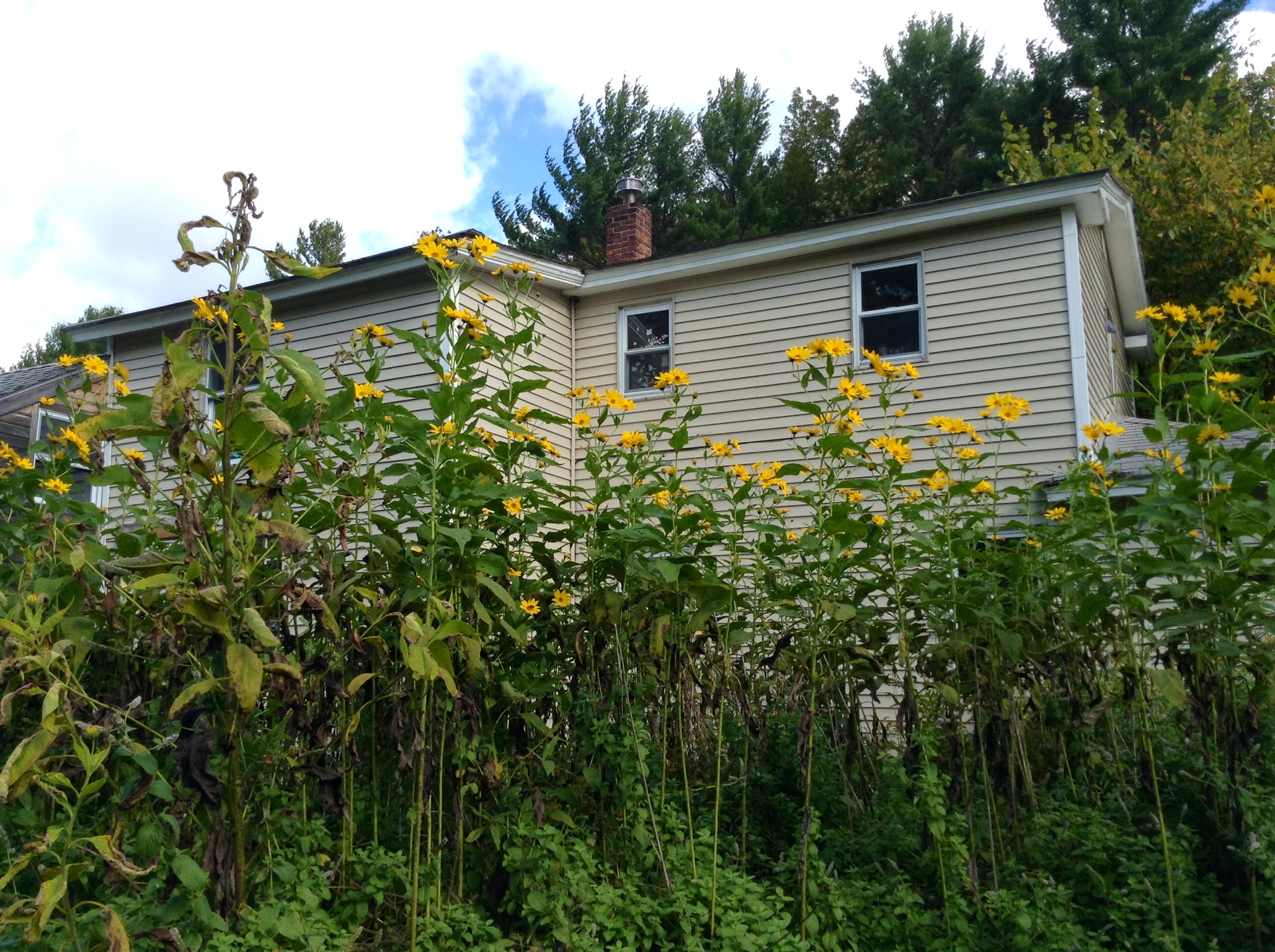 And the moral of this story is: YAY FLOWERS! The end.