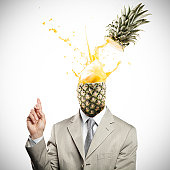 My FB friend Jeni Wilmot suggested a topic for Mark Shea’s radio show, which I co-host on Mondays (podcasts here). It didn’t make it on the show, but it was a brilliant idea: Catholic Would You Rather.

In college, we used to call this game “Boots or Shakespeare.” It started out easy: Coke or Pepsi? Swimming or skiing? and progressed onto harder choices: Would you rather be deaf or blind? Frozen or burned? Always lonely or never, ever alone?—the idea being that your choices were mutually and permanently exclusive. Once you chose one, the other was off limits for good.

The choices were also supposed to be sort of existential opposites of each other, but I guess I’ve gotten dumber since I left college, because I can’t think of any good examples. Anyway, I knew I had won when my friend James would make the “ouch, my head just exploded” gesture.

Here are a few Catholic Style Boots or Shakespeare questions to get you started. Would you rather . . .

–send your kids to a sex ed class designed by Commonweal, or one designed by The Most Holy Family Monastery?

–worship with Mass of Creation by Marty Haugen sung by Maria Callas, or Mass in B Minor by Bach sung by Yoko Ono?

–argue about yoga with a mommy blogger, or ague about mommy blogging with Yogi Bear? Or a yogi? Or just eat some yogurt and nobody wants to argue with you at all?

I have the worst toothache, what do you want from my life. Anyway, tip of the iceberg, folks. Your turn!