My least favorite part about spring

Changing over the winter clothes. 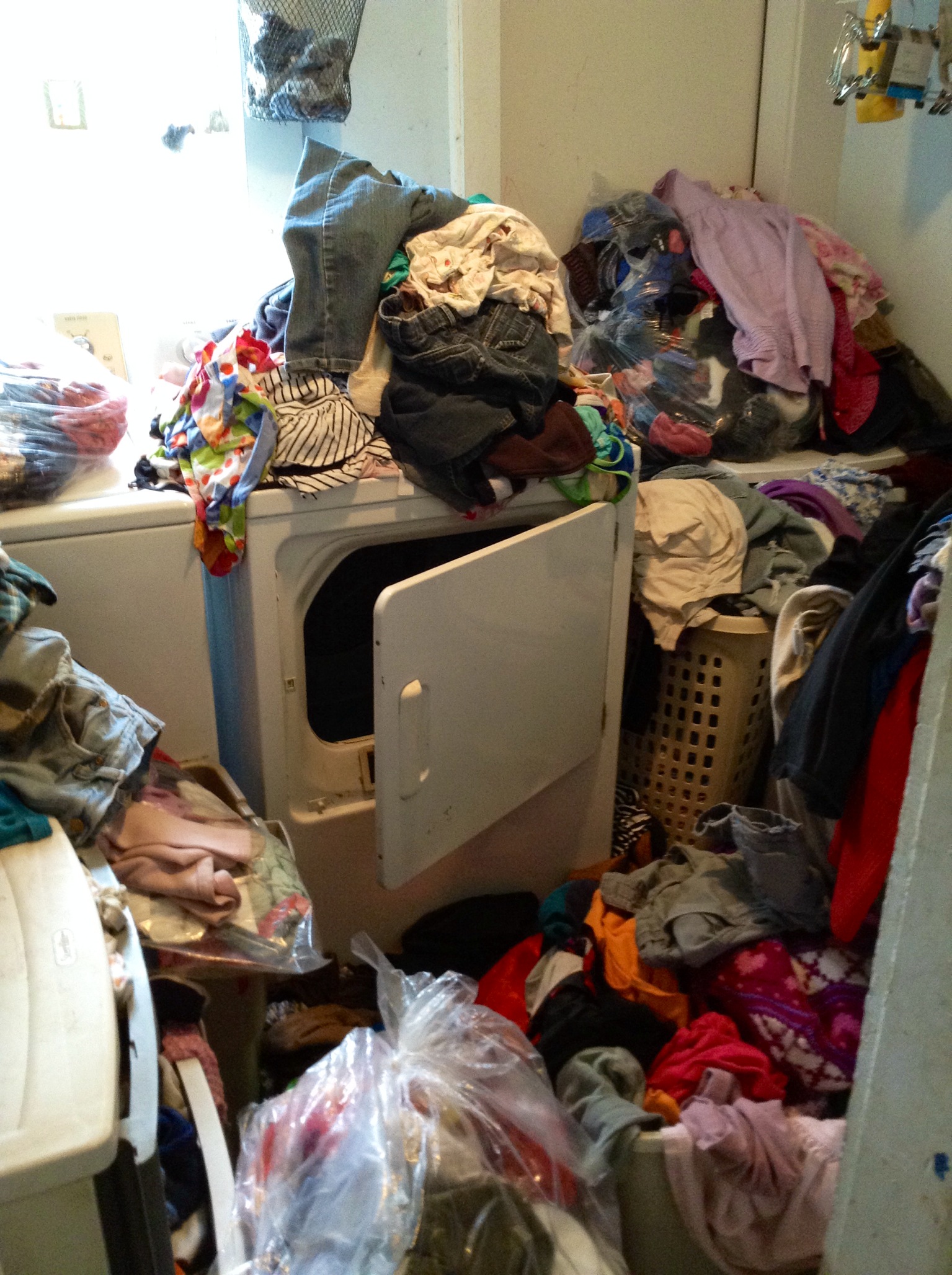 It’s not just a matter of scooping up the cold-weather clothes out of their drawers and replacing them with hot-weather clothes, or even a matter of making a million little emotional decisions, like, “Do I throw away this ratty but beloved shirt while no one’s looking?” or “Do I pack away this baby sweater in case there is ever another baby?”

It’s a matter of going up into the little girls’ room, which is unaffectionately known as “Tinkle Town,” and facing the horrors that have been allowed to propagate over the last few, dark months. And it’s not just a matter of clean laundry not put away, or dirty laundry on the floor, or people who have guilted me into buying them pants because they don’t own any pants except those awful itchy gray ones, but it turns out that they have pants — LOTS of pants — but which they have been dropping on the floor, mashing elderly Easter eggs into, and then packing into old gift bags — GIFT BAGS! — and stuffing into the closet.  That’s all true, and dreadful enough.

Anyway, with a job as big as this, there is no such thing as a system. The only system is to dive in head first and resign myself to sheer misery and a marathon workout for the washing machine and dryer for the next 72 hours.  Pray for me. And the first person to say “First World Problems” is gonna get a gift bag from me.