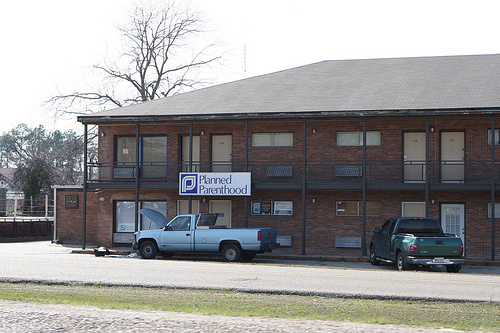 Yes, the videos are working.  And yes, it helps when you write to your rep! Or at least it seems to have worked in my state of NH, where the executive council just voted to snatch $639,000 in state funding away from Planned Parenthood. That accounts for about a third of their public funding. (Their federal funding is, of course, untouched.) The $639,000 will go to four other health clinics.

According to the local TV news site:

Republican councilor Chris Sununu was at the center of attention Wednesday. He has previously voted to support Planned Parenthood contracts. In 2011, when the council rejected a contract with Planned Parenthood, he was one of two Republicans to buck his party and vote in favor of the contract. Sununu is now widely known to be considering a run for governor in 2016. He said he received more than 1,000 messages from constituents and they overwhelmingly urged him to reject the contract.

Sununu comes from a family of socially useless conservatives, but he obviously believes that the politically expedient thing, at least right now, is to back away from the increasingly toxic Planned Parenthood.

Sununu said multiple times that he is pro-choice and thinks the state should look for other providers to contract with for family planning services. “Things are different now,”he said. “We have to take a step back and just take a pause and say ‘Is this a company and a business that we should be actively engaging (with)?’”

It doesn’t look like council has the muscle to force an investigation of Planned Parenthood right now. Our governor, who is lackluster on a good day, thinks there’s nothing to see here. But there are eight more videos to come. They appear to be increasingly damning, and I have high hopes that at least some states will investigate the deeply corrupt monolith that is Planned Parenthood, and will find malfeasance and fraud as well as violations of federal law. We may really see the foundation beginning to crack at last.

And yes, I’m taking some pleasure in thinking about how badly Cecile Richards must be sleeping, wondering what else is out there. May she have a change of heart as she squirms.

The main takeaway? Take the time to write those letters, even if it’s just an auto-generated email from a pro-life site. Even if your reps only listen to you because they want to keep their jobs, they may actually be listening!