One of the first reviews I got on Amazon was three stars, and it read:

I would have liked more pictures. And it didn’t tell me how many children to have. How am I supposed to know? Isn’t it just the same as the algorhythm method?

Now, I’m not sure if the fellow wants his name bandied about or not, but I laughed my head off when I read this.  Most people realized it was a joke, but then someone warned me that a funny joke like this could catch on, and generate a slew of hi-larious one-star joke reviews from fake disgruntled readers.  So on my “press release” post, I wrote,

There are 26 reviews on Amazon, with an average rating of five stars. “I’m pretty sure that one three-star rating is a joke,” Fisher said.  ”My readers are real wise asses.  But seriously, if you think that taking bread out of the mouths of my children is a joking matter, by all means, continue.”

So of course the reader in question, being the nicest kind of wise ass, sprung into action; and the next day, I got a huge box in the mail: 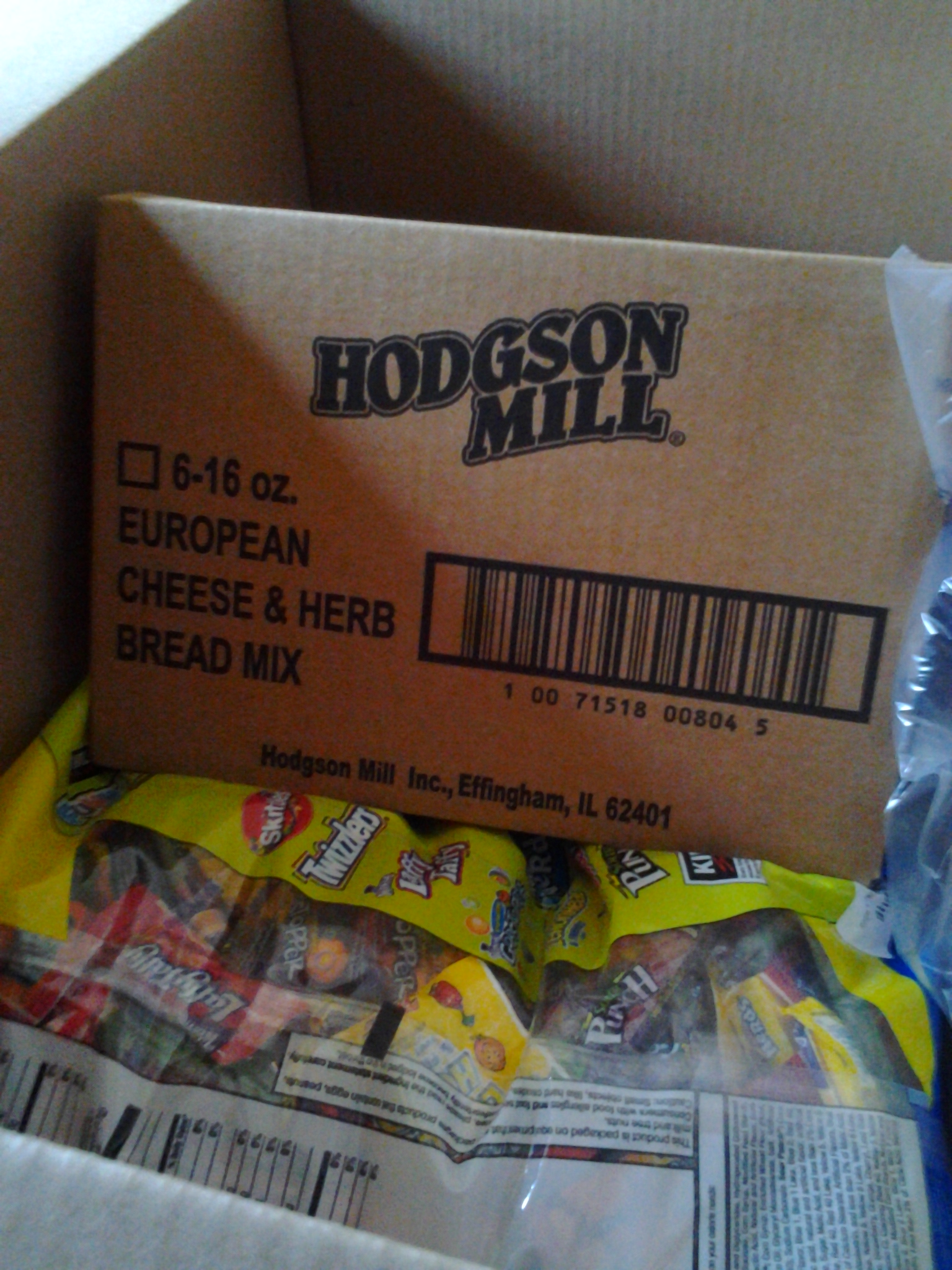 I don’t know how well you can see it, but this is six boxes of Hodgson Mill Cheese and Herb bread mix, and five pounds of assorted candy.  So nobody is taking any bread out of anyone’s children’s mouths!  I love it.  And I would post a picture of us enjoying the candy, but it’s a little too close to this

for comfort.  And that was after the kids went to bed.

Thank you, guys.  You are the best!