Parents, are you willing to learn about your actual schools? 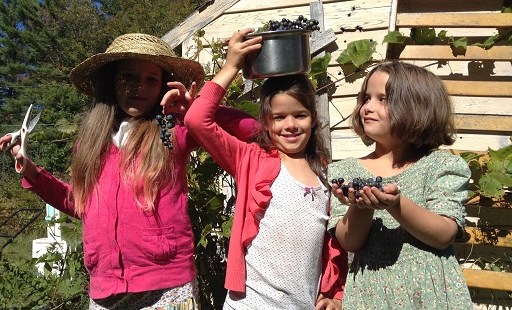 Share
Print
Simcha Fisher - published on 02/29/16
In his characteristic charming, self-deprecating manner, Tom Hoopes explains in Why We (Still) Home School that he was drawn to home schooling for all the wrong reasons — “irrational emotional fears,” he says. But he says that his wife, April, had sensible, rational reasons for wanting to keep the kids out of the classroom.

I don’t know the Hoopses personally. I admire their evident dedication to their kids, and their family life comes across warm, playful, and solid, truly enviable. I’m only responding to what Hoopes wrote here. I understand his fears perfectly, because I’ve had them myself . . . and his conclusions annoy me immensely.

Hoopes says that he hated school when he was young, but that his wife April enjoyed school, herself. But, he says:

It was what school did to her relationship with her sister that gave her pause. The way April describes it, she and her older sister had a warm, playful relationship with its healthy give and take just as the Irving Berlin song describes. But then came school.

Her sister was almost three years older. The elementary school put a three-year chasm between them as absolute as the one between Lazarus and the Rich Man in the afterlife. The lower and upper grades rarely mixed, and when they did, her sister treated April exactly the way she treated every other person in her grade: she ignored her.

No. What happened was that particular school had happened.If she had gone to a different school with a different philosophy, her experience might have been entirely different.

I know, because my kids do go to a school with different policy, and that chasm didn’t happen.

Imagine my delight, then, when I learned that our school made a deliberate effort to encourage people of different ages to mingle with each other. There are regular school-wide projects and activities — plays, gardens, concerts — and the older kids read to and mentor the younger kids, and kids from different classes can invite each other over for lunch. They work together and play together, and they are openly encouraged to learn from each other.

They also constantly invite the kids to share the culture of their homes with the rest of the class. Familyfamilyfamily is a constant theme — so much so that it’s almost obnoxious how much the kids are applauded for simply having a home life. There’s something to be said for all this talk about “tolerance” and “multiculturalism.” In our case, at least, it translates into kids thinking and talking about their home life, and being told that they should be proud of it.

We also spent a year at a frankly mediocre regular public school, which we left when we could, because the academics were not great. But guess what? They had a similar policy: encouraging mingling between ages, and encouraging kids to bring their home life into the classroom. The same goes for my older kids’ public high school: more and more school administrators are realizing that it benefits everyone when there isn’t an artificial segregation by age. They encourage the kids to see themselves as whole people with a life outside of school,.

So why was I so afraid? Because my own school education was much like what Hoopes says he and his wife went through. I remember how wonderful it was to be in second grade and to be able to jeer at those babyish first graders. They fostered competition between grades with constant contests and tournaments. I am sure many schools still operate this way, because it’s just easier.

The artificial environment of the modern school in each case created pressures that worked against the little versions of Tom and April. The model offered no in for socially challenged little Tommy, and it offered no out for the socially adept April and her sister — no way to meld the social identity with the family identity.

So, yes, I know what he’s talking about. But here’s the thing: I’m not sending my kids to the public school of my own childhood. I’m sending them to the public schools that exist now, in our area, with the teachers that are teaching now, under the authorities who are making decisions now. If I assumed, as Hoopes seems to, that my childhood school experience is the school experience, I’d still be home schooling, and we’d all be miserable.

I hated school. I hated sitting still. I hated being forced to negotiate the politics of 8-year-olds’ social relationships. I hated having to figure out what version of an answer a teacher wanted. I hated feeling ripped in an untimely way from the world I knew and placed in an artificial world I knew not.

I would invite Hoopes to visit our school, and see the bin full of “fidgets” the kids can play with while they work, or to see the list of activities posted in the hallway, where kids can take a few minutes to blow off steam by crab-walking up and down when math or geography gets too oppressive for their little monkey brains. I invite him to sit with any of our teachers as they explain the various adaptive teaching styles they use while seeking the best match for each kid’s learning style. They’re doing a much better job than I ever did when I was the teacher, and they’re more patient with my kids, too.

More to the point, I invite him to go to his own local schools and find out what they’re actually like. Maybe he already has, and maybe they really are terrible. Maybe they’re sterile warehouses where the teachers apply mental clamps to the kids’ pliable psyches. Maybe they begin each morning by pledging allegiance to John Dewey and vowing to repudiate faith and family and apple pie, or they get no pudding. Some schools really are like that.

But some are not. They really, really aren’t; and the only way you’ll find out what your local schools are like is by going into them, talking to the teachers, watching a classroom in action, and talking to the parents of other students. Make your conclusions based on what is actually happening now, not what you remember, what you’ve heard, or what you’re afraid it might be.

If you’re home schooling and it’s going well, then great! If it ain’t broke, don’t fix it. But if you’re unhappy home schooling and yet feel sure that all the alternatives are going to be hellish — or if you’re in the business of telling other people what all public schools are like — maybe think again.

If you’re going to be in charge of teaching your kids how to learn, you have to be willing to learn yourself.