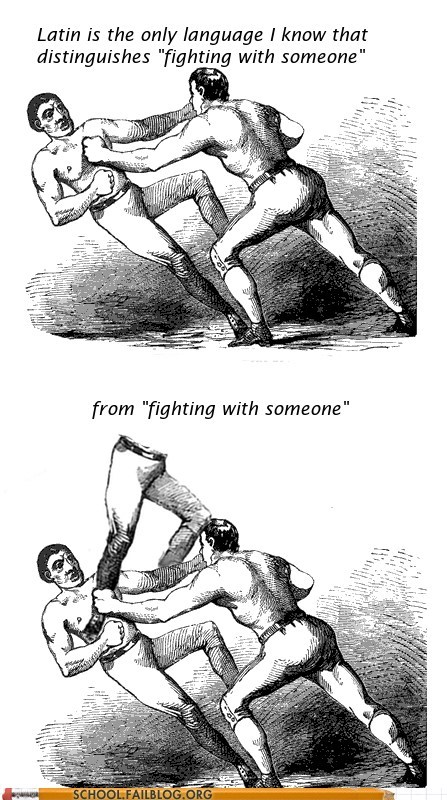 Cute little story on NPR’s Morning Edition today:  Parvum Opus: Followers Flock To Pope’s Latin Twitter Feed.  I didn’t realize this, but the Pope’s Twitter account was only available in Latin as of this year.

When the Latin account was launched in January, Vatican officials didn’t expect more than 5,000 Latin nerds, that is, followers. But by May, it had surpassed Polish and was in a tie with German at more than 100,000. “The surprise is that nerds are in all walks of life — cab drivers from South Africa, homemakers, journalists,” says Monsignor Daniel Gallagher, one of the six language experts working in the Vatican’s Latin Office. […] Gallagher says his office gets letters — as well as tweets — from all over the world. Many are from Muslims and atheists who don’t necessarily like the Catholic Church but are grateful it’s keeping the ancient language alive. He acknowledges that Twitter can encourage shallow thinking and knee-jerk reactions, but is convinced Latin’s economy makes it better suited for tweeting than many other languages. “It tends to express thoughts as briefly, as concisely, as precisely as possible,” Gallagher says.

I was never good enough at Latin to enjoy unpacking those dense words — “The sailors bring flowers to the beautiful girls” was about my speed.  I was planning to take more Latin in college, but the conversation went like this:

Please understand, he had a southern accent and blue eyes, and I was 18.  So I took Greek.  And now I can say, “Do the gifts of men persuade the gods?”

Anyway, it was a trip to hear Sylvia Poggioli say “ancient language” instead of “dead language.”  Gosh, what a weird century.

Prayer for this evening
Top 10
1
Cerith Gardiner
New study shows that these 2 childhood habits make you a happier ...
2
Philip Kosloski
5 Fascinating facts about Jesus in the Eucharist
3
Bret Thoman, OFS
What Padre Pio saw in the Spanish Flu of 1918
4
Bret Thoman, OFS
“Jesus, you take care of it”: Prayer of a priest Padr...
5
Philip Kosloski
Padre Pio’s favorite prayer of petition
6
Cerith Gardiner
The lasting lesson from the late Prince Philip
7
J-P Mauro
Hear Clapton and Pavarotti sing a prayer to the “Holy Mothe...
See More