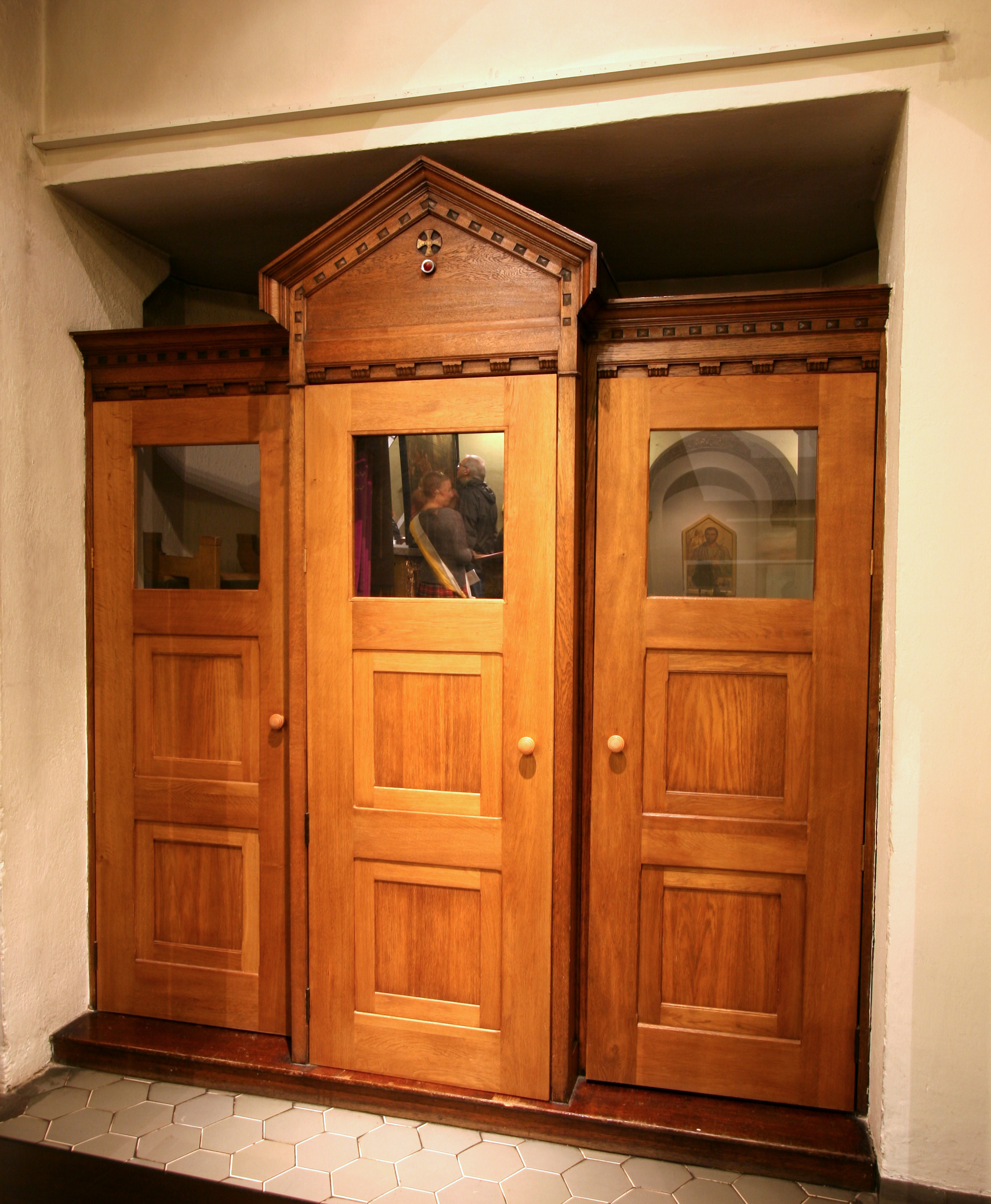 By Ib Rasmussen (Own work) [Public domain], via Wikimedia Commons

Backstory: A young woman is going to testify in a civil suit against the Diocese of Baton Rouge. She says that, when she was a girl, she revealed during confession that a member of the parish (who has since died) was molesting her, and that the priest told her she should hush it up.

Every priest who hears something during confession is morally obligated not to reveal what he heard during that confession. So if this woman testifies that he told her not to speak about her abuse, he may neither confirm nor deny that she said what she claims she said, or that he responded the way she says he did; and he may go to jail for refusing to testify.

So the diocese asked the federal Supreme Court to consider their petition to prevent her from testifying about what was said during the confession, and to prevent the priest from being compelled to respond to her testimony. Yesterday, the Supreme Court declined to hear the diocese’s petition.

I previously didn’t understand why it was dangerous for the woman to be allowed to testify about her confession, because I erroneously believed that a penitent may release a confessor from the seal of confession. I thought that she would simply have to give her permission for him to testify, and that he would then be free to confirm or deny what she said in the confession; but this is not so:

Can.  983 §1. The sacramental seal is inviolable; therefore it is absolutely forbidden for a confessor to betray in any way a penitent in words or in any manner and for any reason.

If a penitent wishes to discuss something he or she revealed during confession, he or she must have the conversation again, restating the issue outside of the sacrament. That is the only way that a confessor may morally discuss the topic that was confessed: if he hears the information outside of the seal of confession.

Please note that there is no reason to believe that the young woman is lying about what she told the priest or about what he told her. The diocese is not trying to impugn her reputation, and we should not assume that its goal is to protect a guilty priest. The point is that the seal of confession is there to protect both the priest and the penitent. If the seal of confession may be legally violated, it would prove disastrous both for priests and for penitents, who have both always understood that what they say in the confessional is known only to themselves and to God. Jen Fitz explains, with her usual clarity and concision, why the seal of confession is vital for the safety of both the priest and the penitent.

If the woman’s testimony is allowed, then priests will constantly be in danger of having to remain silent in the face of accusations against them. I could make up any dreadful story about what happened inside a confessional, and a priest would not be able to defend himself. They would have to choose between going to jail and endangering their own souls by betraying their vows.

A well-trained confessor can find a way to get help for someone who has been victimized. It is not necessary for anyone’s safety to destroy the long-standing legal respect for the seal of confession.