These 3D printable masks could save Halloween.

Halloween is in eight days.  So far, I have (a) ordered one light blue hoodie from Ebay and (b) yelled at everybody.  Since we have to come up with nine costumes — or 17, really, since the older kids always pick a trick-or-treating costume that would be inappropriate for school, and so we have to come up with a second costume that won’t trigger an automatic lock-down. Thank goodness we’re terrible Catholics and quietly ignore All Saint’s Day, except for going to Mass, or we’d be looking at eight days to find 27 costumes.

Anyway, here is something amazing: printable paper masks of animals and other creatures from Wintercroft Masks. You pay a small sum, download a PDF, print it out, cut and assemble, and then paint them if you like. Very nicely designed, and the guy says they are structurally quite sturdy. Check out the lion: 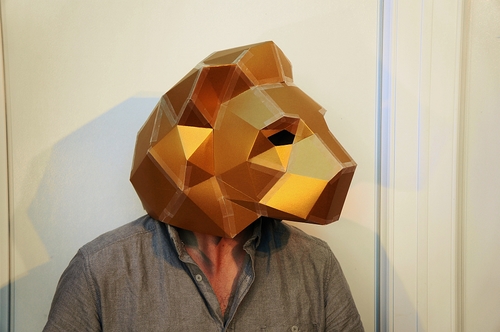 You can see he spray painted it gold for a neat Tron Lion effect, but you could also do a more naturalistic style, or you could make it kind of stylized and tribal. Lots of possibilities! 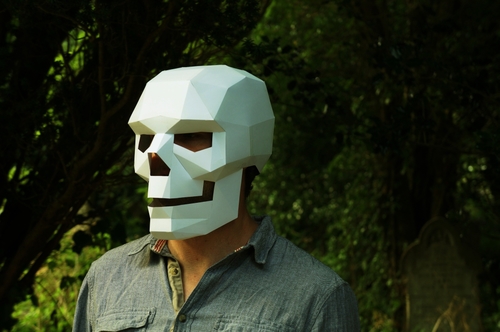 Same for this one. Very effective with just plain white and black, or you could go for a dia de los muertos effect. 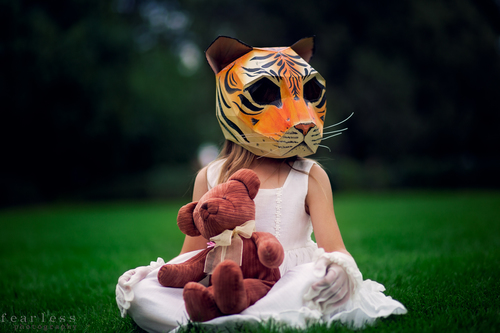 which could also easily be a leopard or adorable kitty cat, depending on how you decorate it.

There are lots more. It says it will take you two to three hours to assemble the masks. If you click on the individual pictures in the gallery, you will see strange and hilarious vignettes of people wearing the masks in odd settings. No shipping costs, no shopping, and you can still consider it semi-homemade. Love it.

Oh, so if you’re wondering, here are our kids’ plans for Halloween (and yes, the big kids are dressing up. I don’t care). From youngest to oldest:

PIC “now I have a machine gun ho ho ho”

And what are we going to do about the school-appropriate costumes? I think they will all just have to be paper foxes, and like it.