This and that, baby pics, and a baptism!

Today, I hope to get caught up on emails. I’m sorry to say I pretty much gave up responding to anyone sometime in the third trimester, and Corrie is now 9 weeks old, so that’s . . . a lot of emails.  So if you wrote to me, thanks for being patient! 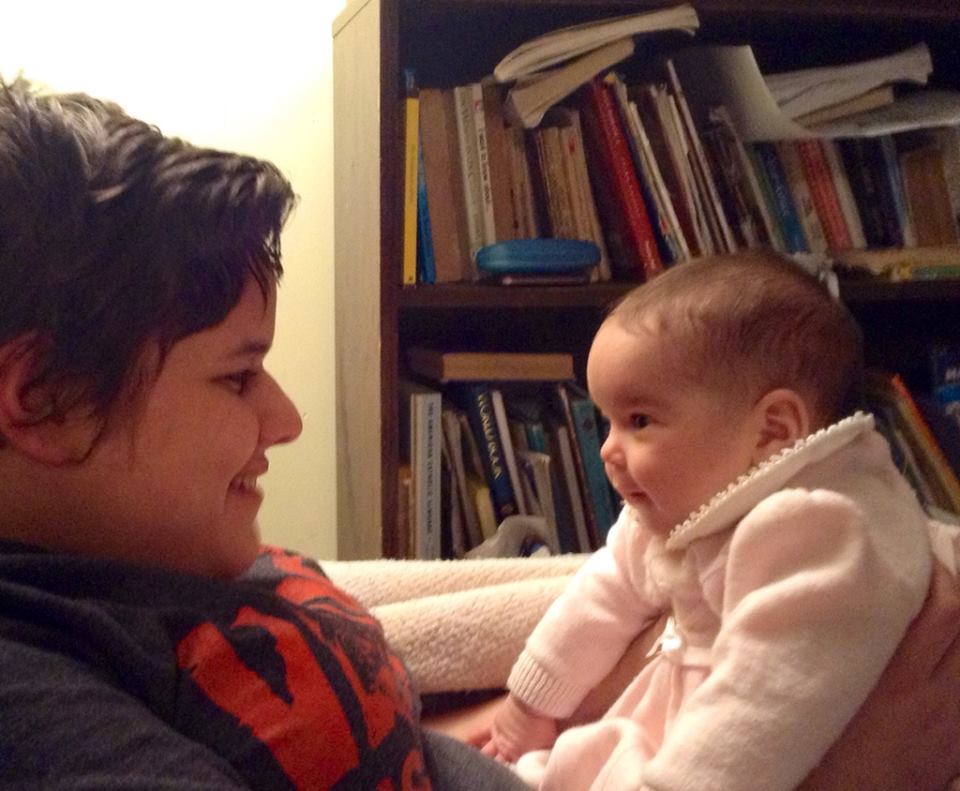 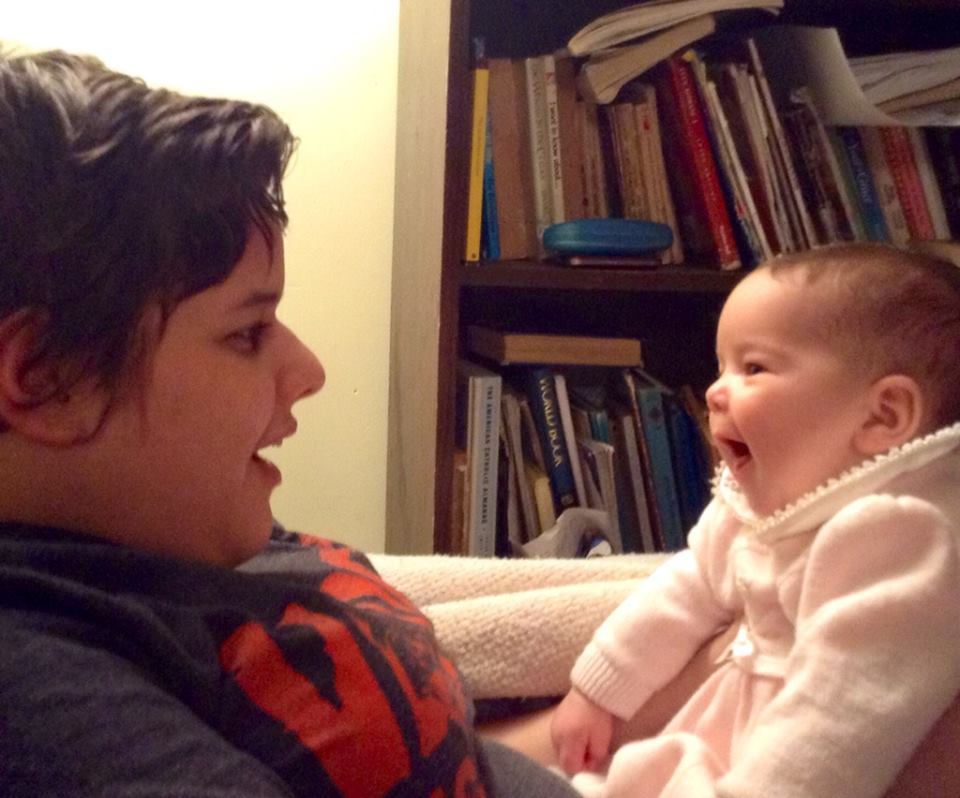 We’re right in the middle of “something every weekend” season — confirmation, baptism, birthday parties galore, graduations, concerts, and a bunch of things I’m forgetting. 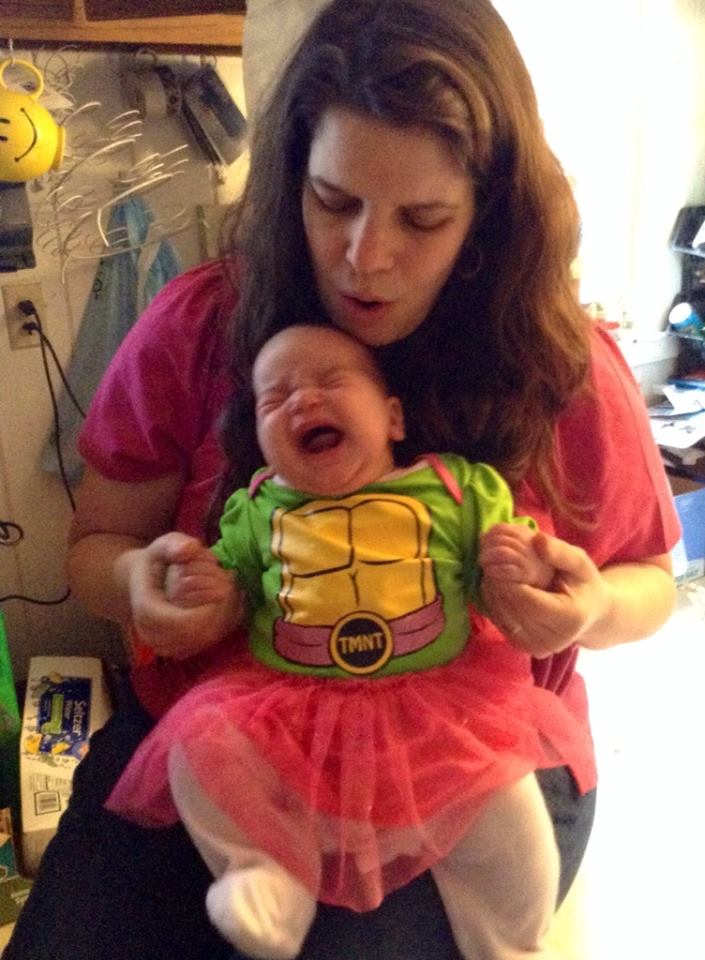 and other important pursuits

Thank goodness we have no athletic ability in this family. We did a few months of T-ball one year, and now we’re all fine, thanks.

We told everyone the baptism was after the 11:15 Mass, so our families left early and rushed around to get there in time (some are several hours away). So 12:15 comes and goes, the church empties out, and I’m sitting there with the baby in her gown, thinking, “If I got the day wrong, I’m going to sink into the ground.” My sister-in-law already took an extra day off a few weeks ago because we told her the wrong date, and the week after that, we told my mother-in-law the wrong location for our daughter’s confirmation!

So I grab the pastor, and he doesn’t know, but he says he thinks there’s first communion practice, but baptisms are usually at 1:00. He texts the deacon, then leaves on an emergency call. The kids go out to the the playground, the first communion class wanders in, I get even more nervous, not least because there is about forty pounds of lasagna slowly drying out at home, and who will eat it if there’s no baptism?  Then the deacon rushes up and I grab him, and he says yes, there is are four baptisms, today, but who are all these other people? I tell him about the first communion class. He works out an arrangement with the DRE, and I marvel that they are able to coordinate everything.

He says darkly, “Sometimes, it doesn’t get coordinated.” So the upshot is, pray for our deacons and priests and catechists! Even if they had an easy job spiritually, which they don’t, the sheer logistics of getting everybody sacramented up is going to kill them.

Here are a few pics of the baptism and one of Uncle Joey and the cousin jubilee on the trampoline afterward. Sorry they’re stuck together! I’m gonna leave them like this, rather than fight with the computer for another forty minutes.  Happy rebirth day, dear baby! 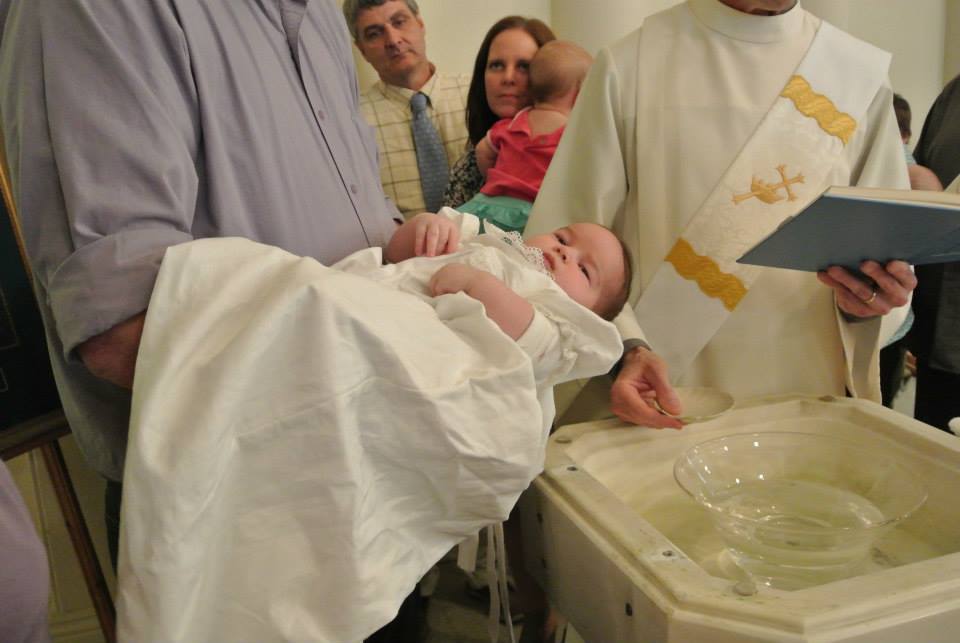 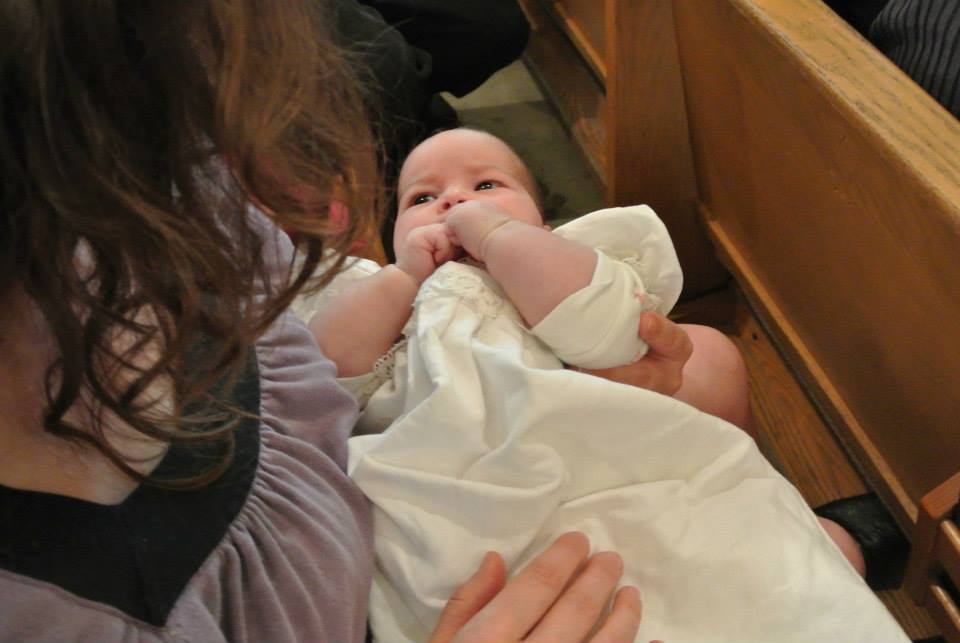 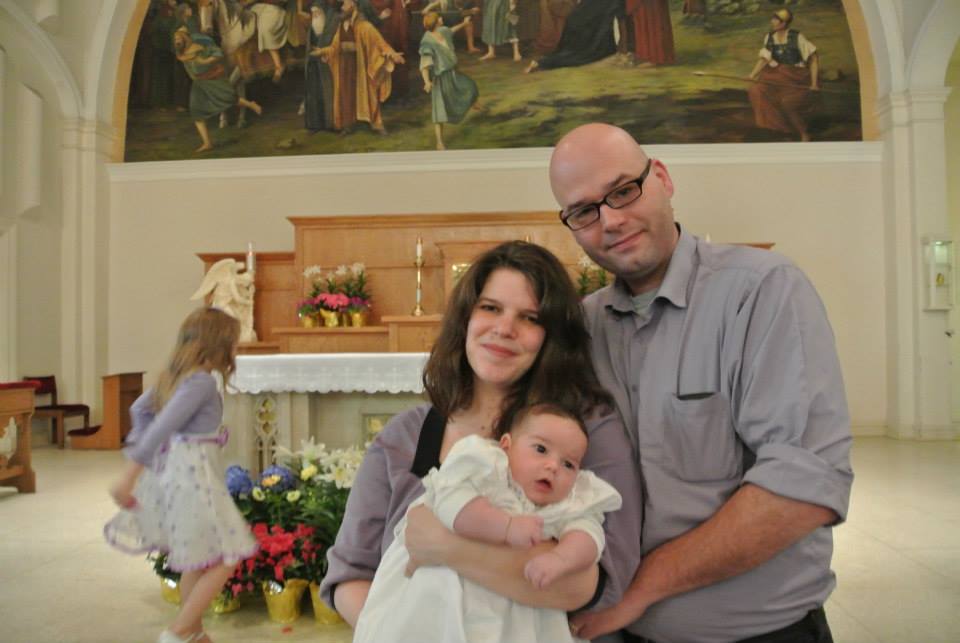 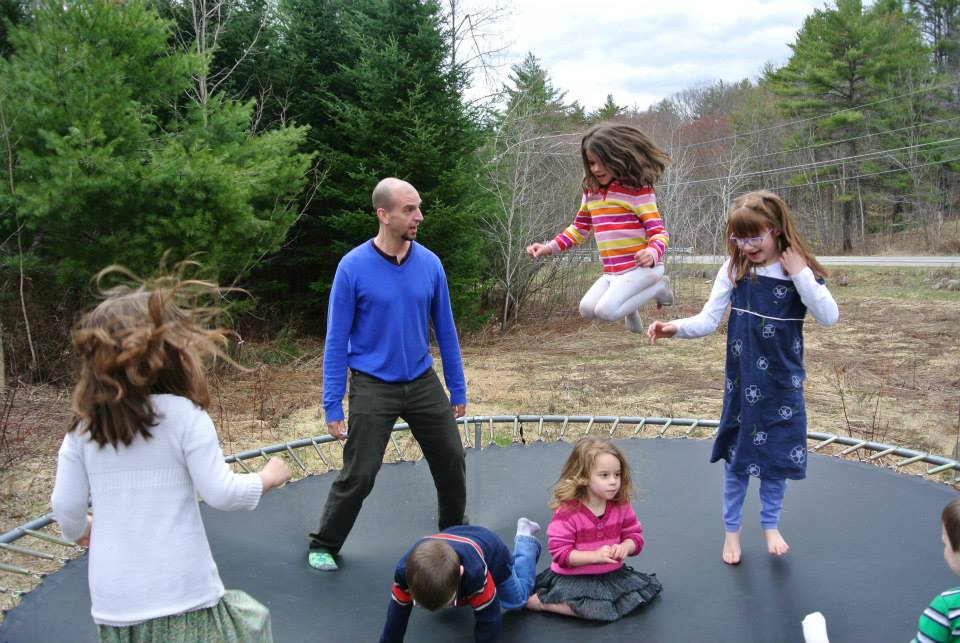 Prayer for this evening
Top 10
1
Philip Kosloski
Ascension vs. assumption: What is the difference?
2
Philip Kosloski
Why Matthias was chosen to replace Judas as an apostle
3
Larry Peterson
Benedict XVI called him “one of the most unusual saintsR...
4
Philip Kosloski
How to pray the Divine Praises
5
Philip Kosloski
What was the message of Our Lady of Fatima?
6
I.Media for Aleteia
These 30 shrines will lead the Rosary Relay for end of the pandem...
7
J-P Mauro
Hear Clapton and Pavarotti sing a prayer to the “Holy Mothe...
See More