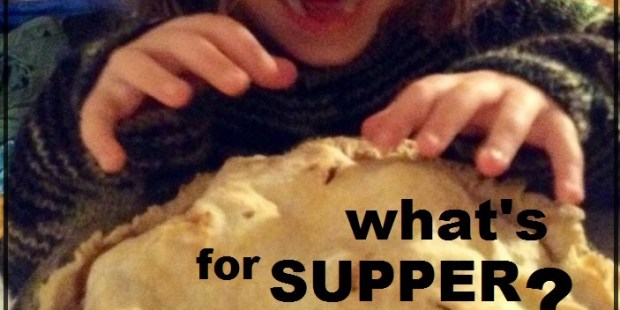 Share
Print
Simcha Fisher - published on 12/11/15
This week I unveil my terrible new logo, which features a barely legible “Aleteia” rather than a barely legible “Patheos.” Ta da! I did the exact same boneheaded thing as last time: Got all the elements in place except for the question mark, and then I was searching for a whimsical font and then accidentally dropped the mouse, and basically dropped the question mark, and I couldn’t undo it. Oh well.

My goal for cooking lately has just been to try one new recipe every week. I accomplished that goal, and we all ate like — I don’t know, what’s the opposite of kings? We all ate like ugly Americans anyway. Here’s how our week in food went:

Saturday was Benny’s 4th birthday party, so she chose the menu. I got Aldi’s “chili limon” chips, but I’m still not sure if that’s what she meant by “lemonade chips.” The spider eggs were made thusly:

Hard boil a bunch of eggs, roll them around on the table but keep the shell on, and then let them sit overnight covered in water with a bit of vinegar and tons of red food coloring. Peel them carefully, and the egg underneath should have red “web” designs on them.

They turned out as I hoped, and I was left to wonder if that was a good thing or not.

So that worked out. She liked her tate, and had leftover tuptates for breakfast.

Do you ever have one of those times when you’re driving and suddenly you think, “OH CRAP, I FORGET HOW TO DRIVE!” It just lasts a second, and your body memory covers you until you regain your confidence, and then you’re fine again, and no one’s the wiser? This is what happened while I was making omelettes, except that my body memory also forgot how to make omelettes, so nobody took over and they turned out terrible.

I did, however, take a picture of eggshells, and here it is:

I also attempted roasted mushrooms, which is a completely fabulous recipe from Deadspin. They turned out pretty good, but I forgot to buy a couple of the ingredients, so they weren’t as savory as they might have been. Still, a wonderful, versatile side dish that goes with any number of foods. Even just mushrooms and a loaf of crusty bread to sop up the juices would make a lovely little lunch. Here’s a picture that hints at the yumminess:

Monday was the day of ten thousand appointments, so aiming low was the right thing to do.

More appointments. Cursing myself for making all these appointments back in the summer, when there was sunshine and light and hope in the world. I also knew I was going to have to take all ten kids to the evening Mass by myself, so a layer of preemptive panic lay like a sulphurous fog over the whole day. We got home after 5, and I threw the food on the table while shrieking, “MAKE YOUR LUNCHES, DO YOUR HOMEWORK, WHY IS SHE CRYING, PUT YOUR JACKETS AWAY, OH LORD, WHY DO WE EVEN HAVE A DOG??”  You know, in honor of Our Lady. Then I signed onto the church website to double check which church the 7:00 Mass was at, because last year we went to the wrong one and missed the whole thing.

So we sat down and ate our tacos in peace. Te salut, o Maria.

Oh, so I had been planning regular ground beef tacos, but beef suddenly got really expensive, and chicken was suddenly cheap. I took the two envelopes of taco seasoning, mixed it with oil, and slathered it on the raw chicken, and roasted it, then shredded it. It looked amazing

What this got me was spaghetti that came out of the pot with a knife in it.

The salad was made out of lettuce, which is fine. The child had managed to cut it up . . . but not all the way. It was like a salad kit with perforation lines to show you where to separate the vegetables when you were ready, which apparently we were not.

And the garlic bread, well, I bought three loaves of french bread and told the kid to cut it up “like a big, long sandwich, so one piece is all top and one piece is all bottom, know what I mean?” I thought that was pretty clear, and he did it perfectly. But he didn’t realize I meant he should cut all three loaves that way. He did one and then disappeared.

So I finished it up and discovered we were out of garlic anyway. So we had big hunks of buttered toast. Which is fine.

At our house, I buy three loaves of bread and cut each one into four pieces, and each person gets a quarter loaf of garlic bread

Or, in our case, a quarter loaf cruton. For some reason, this is much more fun than getting pieces of garlic bread like people do.

Super disappointed in this recipe from the New York Times, and never mind all the ways I screwed it up. It blame the New York Times! The broth never cooked down like it was supposed to, so it was just a kind of greasy soup that managed to be spicy and boring-tasting at the same time. I did, however, manage to buy chile peppers that didn’t melt our faces off (unlike a few weeks ago).

The cornbread turned out fine. I burned the rice. The salad was in the fridge, left over from yesterday, but after I made the cornbread, I was too tired to open the fridge and take the salad out. When my husband got home at 7, I went to bed, where I dreamed that I was falling slowly into a deep, deep, deep hole, and enjoying it.

And here we are at the end of the week. Phew.