“Glad to be old so I don’t have to live in this cold, uncaring world for 50 more years.” 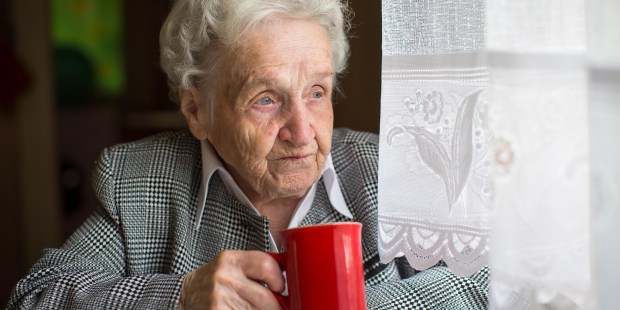 Shutterstock
Share
Print
Elizabeth Scalia - published on 06/07/17
This is truly a heartbreaker of a read, a sad love-letter, full of longing, sent to a world that can’t or won’t write back:

I grew up in a community where everyone knew everyone. Neighbors shared their trials and tribulations with each other, and if someone was down on his or her luck, the others came to their rescue and offered support. The USA is no longer that country. We are divided and afraid of one another.

I had hoped that when Barack Obama was elected we would not only continue our healing from sad historical periods (slavery, and the hard times of civil unrest), but our nation would also be united, blessed, and even better, for we are all Americans. Instead, it was further divided. The division is worse, tolerance is a forgotten word, and feelings are hurt over nothing. Shocking as it may be, it appears that people now think it is okay to take other people’s stuff, damage other people’s property, and even hurt other people physically.

I am glad I am this old so I don’t have to live in this cold, uncaring world for 50 more years. Many people appear to be shallow, immoral, intolerant, and hateful about their neighbor’s ideas about religion, politics, the color of their house, etc. I can’t believe these attitudes have taken root my lifetime, but they have. I have witnessed these changes. I am so devastated by these negative attitudes that it hurts my heart.

The writer of this piece, who signs herself “Mrs. S.F. Kistler” has dared to address a topic that almost goes unspoken: the breakdown in society that has destroyed any sense of community or neighborliness (particularly in the suburbs), the lack of respect for the property of others, and the sense of intrusion that is becoming all-too-common whenever someone does make a friendly gesture. The “old way” she describes in her piece? That used to be the norm:

I wish I had stayed in the tract I lived in prior, but we moved when the kids moved away from home. I had made friends in the previous neighborhood. We had bowling teams, BBQs, went to school functions, belonged to the Parent Teacher Association, and basically enjoyed a full life. We came here with no kids, and most in the neighborhood were also empty nesters and appeared to have no desire for meeting new people.

Our “new way” puts me in mind of Robert Putnam’s Bowling Alone, wherein he detailed how thoroughly our communities were in the process of collapsing, and also Dick Meyer’s later book, Why We Hate Us. It also put me in mind of a conversation I had a dinner recently with some friends. I’d been talking about a comedy routine I’d seen by a comedian I’d never heard of before, Sebastian Maniscalco. He talked about how differently we receive company than our parents did, and he was, to my way of thinking, spot-on.

According to Maniscalco answering the doorbell twenty years ago would have meant a happy moment, such as guests arriving at your house.

Maniscalco explains that his mother would always have some sort of special cake in the house just in case company ever had to drop by. Cake and coffee then became a happy ritual that he has since connected to the ringing of the doorbell.

Fast forward two decades and the reaction is very different.

You can watch the routine here, but be aware of the rough language. You’re warned.

Our dinner companions agreed, “My mother always had an Entenmann’s cake we weren’t allowed to touch,” one said, “because it was ‘for company’ — in case anyone dropped by.”

We used to think about that — holding something back, keeping something in waiting, just so we could give it to someone else, and we didn’t even know who that might be. Imagine that. Now, we hold nothing in abeyance — not a cake, not an opinion, not a caustic remark, not sexual desire. We deny ourselves nothing for the sake of another, intent on gratification in the fleeting moment, and no thoughts for tomorrow. We serve ourselves.

A few days ago, Bob Dylan finally accepted his Nobel Prize for Literature, and he did it with a very humble speech, crediting his musical influences, and more:

“I had something else as well. I had principles and sensibilities and an informed view of the world. And I had had that for a while. I learned it all in grammar school,” he says.

“Don Quixote, Ivanhoe, Robinson Crusoe, Gulliver’s Travels, Tale of Two Cities, and all the rest. Typical grammar school reading. They gave you a way of looking at life, an understanding of human nature, and a standard to measure things by.

That’s not really typical grammar school reading, anymore, and all of the measuring standards have changed, as Bishop Robert Barron notes here.

One of Dylan’s iconic hits was “Gotta Serve Somebody”:

Sadly, too much of the world seems to have embraced John Lennon’s response to Dylan: “Serve Yourself.” I don’t think we are the better for it.

No wonder poor “Mrs. S.F. Kistler” is feeling so lonely, and why she finds the world so cold and unfeeling. She’s still operating on the older, warmer — burned down to embers — human model.

Let Mrs. Kistler be our wake-up call, before it becomes extinguished, and humanity along with it.