What Bernie Sanders doesn’t get about religion, belief and inclusion 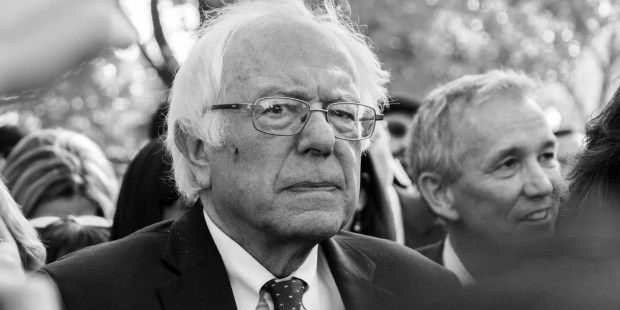 Lorie Shaull - cc
Share
Print
Elizabeth Scalia - published on 06/08/17
Very interesting piece by David French over at NRO, in which he accuses Senator Bernie Sanders of imposing an unconstitutional religious test upon people seeking public office. French is troubled by Sanders’ approach to Russell Vought, nominated by the president to be Deputy Director of the White House Office of Management and Budget. French offers a quick transcription of the exchange (which can be viewed here) and directs readers to the 44:20 mark.

Sanders: You think your statement that you put into that publication, they do not know God because they rejected Jesus Christ, His Son, and they stand condemned, do you think that’s respectful of other religions?

It ends with Sanders declaring that “this nominee is really not someone who this country is supposed to be about. I will vote ‘no.'”

Sanders (and apparently Senator Chris Van Hollen of Maryland, who French says “doubled down, attacking the same expression of belief all while absurdly stating that ‘no one is questioning Vought’s faith…'”), is just indulging in some political posturing for the cameras and the zeitgeist, but it is a posturing that lays bare both a fact about religion, and why this is a dangerous game to play.

In truth, if Senator Sanders doesn’t like Vought’s Evangelical Christianity — and it seems he does not — then he’s going to eventually have an issue with every religion. He will not ever be able to correct or tamp down only the religions that seem absolutist in an inclusionary world. Were he to try, he would eventually find himself trying to remove from the public square every religion that contains any element of condemnation. The only churches permitted to full participation would be those permitting everyone into their specific paradises, despite what they believe.

In doing so, though, he will have ironically rendered the religion of secularism — which condemns anything that is not fully inclusive — into the most exclusionary, conformity-demanding, condemnatory religion of all.

Here is the truth about religion, and it’s true of every religion, and even of modern neo-religions of secular humanism, environmentalism, and all of the other “isms” that are taking godling-like proportions in our culture: True believers in any “ism” believe their “ism.”

They believe their religion. And because they do, well…here’s how a Brooklyn cab driver put it to me a few years ago:

“Faith is good,” he mused. “But peace…is difficult. We all believe different things.”

Ah, the eternal struggle – the mobius upon which we all ride and cannot escape. Why can’t believers simply allow other believers their beliefs? Because they believe.

I teased the driver, “maybe, then, we believers should just stop believing, and that would solve everything.”

“No, no,” he answered very seriously. “Not believing is even worse.”

Emma Green, writing in The Atlantic, spells it out:

It’s one thing to take issue with bigotry. It’s another to try to exclude people from office based on their theological convictions. Sanders used the term “Islamophobia” to suggest that Vought fears Muslims for who they are. But in his writing, Vought was contesting something different: He disagrees with what Muslims believe, and does not think their faith is satisfactory for salvation. Right or wrong, this is a conviction held by millions of Americans—and many Muslims might say the same thing about Christianity.

If politicians really want to posture and spout about which religions, which quasi-religious “isms,” which beliefs and fervently-held philosophies measure up to the inclusionary ideals they extol, they need to be honest. Either they believe that every religion is equal to every other religion, and that on fundamental levels that means a certain measure of permitted — as in socially acceptable — exclusion-of-unbelievers, or there shall be no religion at all, except that deemed permissible by the elected leadership.

Senator Sanders may want to think that one through a little bit, and also consider that diversity and inclusion are concepts that must actually admit differing ideas, differing beliefs and standards, or they are neither diverse nor inclusive, at all.

As Green concludes: “Ironically, that pits acceptance of religious diversity against the freedom of individual conscience.”