The Daily WOW: Eucharistic Miracle in Poland Approved by Bishop After Testing 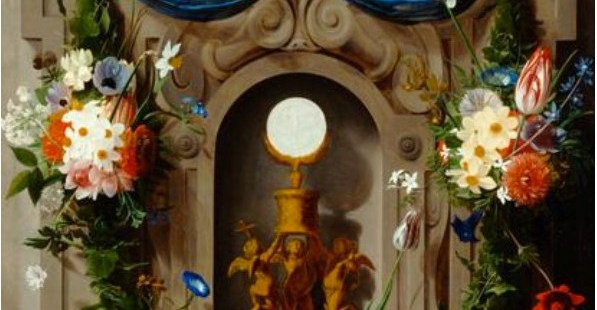 But sometimes, a “bleeding host” is put under the microscope and through the tests and it’s discovered to be human cardiac tissue.

In 2013, in Poland, a bleeding host proved to be precisely that, as it was announced today by Bishop Zbigniew Kiernikowski, of the Diocese of Legnica:

“On 25th December, 2013 during the distribution of the Holy Communion, a consecrated Host fell to the floor and then was picked up and placed in a water-filled container (vasculum). Soon after, stains of the red colour appeared. The former Bishop of Legnica, Stefan Cichy, set up a commission to observe the phenomenon. In February 2014, a tiny red fragment of the Host was seperated and put on a corporal. The Commission ordered to take samples in order to conduct the thourough tests by the relevant research institutes.

In the final announcement of the Department of Forensic Medicine we read as follows:

In January this year I presented the whole matter to the Congregation for the Doctrine of the Faith in the Vatican. Today, according to the recommendations of the Holy See, I ordered the parish vicar Andrzej Ziombro to prepare a suitable place for a display of the Relic so that the faithful could give it the proper adoration.”

A wonderful gift to Poland, and for the many pilgrims who will be heading to Poland this year, either for World Youth Day or their personal intentions, in this Year of Mercy.