How to understand and overcome infidelity 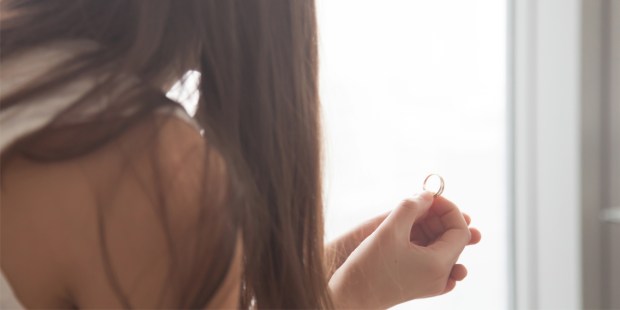 How can infidelity be avoided? And how can a relationship be restored if it’s taken place?

What are the main causes of infidelity?

Father Denis Sonet: First of all it is pride. We become over-confident: “It will never happen to me.” Then we become reckless, we start playing with fire: “I wonder whether with this one I can still keep my little secret? … anyway, I know when to put a stop to it!” We also take others for granted: “My wife is a Christian woman … She won’t ever cheat on me.” We might, then, become somewhat forgetful and neglectful or even push her into the arms of a friend we thought could be trusted.

Does this mean that we should distrust ourselves, our wife and everyone else?

No, but we have to be careful. A couple carries its love in a fragile vessel. At one point, all couples have been or will be tempted by infidelity. We have to realize this, as well as knowing that no one is protected from it. So, let us not come to a rushed judgment about those who fall into this trap … The classical infidelity often stems from foolish curiosity: “I have always been faithful to my wife, however, one tiny breach of contract, just this once, could revive our passion … I’ve read this somewhere. What’s more, I am kind of attracted to my secretary, if I am real careful, I won’t get caught …” The next day, a man convinced he has gotten away with it sees his secretary, who starts asking him the hard questions: “When can I see you again? Do you love me? Was this just to sleep with me! And what a bastard you are!” Embarrassed and not wishing to pass for a bastard, the man tells himself that he will see her one more time. And this is how the trap is sprung. He is caught, stuck, helpless in a relationship that originally he had no intention of having and under a spell of a passion he cannot control.

I tend to tell all those tempted by an extramarital affair: “Think twice about it; you might be sticking your foot into a vipers’ nest. It is already complicated enough with one person!” How many men are potentially telling their marriage counselor: “It wasn’t going too well with my wife, so I got myself a girlfriend. And now I am in trouble: my girlfriend has told me that if I stay with my wife, she’ll kill herself. And my wife is telling me the same thing. Anything I do, I’ll end up with a body on my hands. Tell me which one should I choose?”

“It was not going too well with my wife …”  Do majority of extramarital affairs start this way?

Yes, the major cause of infidelity is frustration. Let us not forget, that ever since childhood we all have this dream of bonding with that wonderful someone who would be all ours, who would utterly love us, like our mother did and who would be as perfect as she was … Since sooner or later, this dream of finding this perfect someone is frustrated, there exists a great temptation to assume that things would go better with someone else. The imagination revives the old fantasy forming in advance an idealized image of any potential encounter. We bestow all these qualities on the new arrival, investing in the new relationship with false hopes.

Whenever one of the spouses feels frustrated with their marriage, be it on physical level (we are not sexually compatible), emotional level (he does not have one sweet word for me) or spiritually (we have nothing to talk about), he or she begins to unconsciously or sometimes consciously feel the desire to meet a man or a woman who would give them what their spouse could not.

It is vital to clearly tell our spouse which of our desires has been left unfulfilled, as it is vital to hear the demands and the frustrations of the other. Communication within the couple is the best way “to take the wind out” of the temptation. When it is lacking, one of the spouses might get attached to a third party, precisely because he or she can “talk” and share secrets with them.

Infidelity inflicts a deep wound to a spouse who has been betrayed. Is it possible to repair the damage?

First of all, I think that people who have committed adultery should absolutely tell their spouses how much they are aware of having caused their suffering … They won’t be “absolved” until this suffering has been taken into account. In the beginning, they should also accept the incomprehension on the part of the other. They should not avoid the discussion their spouses would insist on having: “Why did you do this? And how did I disappoint you? What went wrong?” They would then have to provide all the necessary proof that they have definitely put an end to the extramarital affair and be extremely transparent about their activities, to regain the other’s trust while realizing that this cannot be done instantly. It is then that they should simply and humbly ask for forgiveness, without attempting to justify themselves.

And how should the one who has been betrayed behave?

They should avoid rushing to judgment. Human weakness is a known fact. One does not have to approve to understand this. They should tell themselves that put into the same situation, they too could have succumbed. They should also realize the efforts that their spouse is making in accepting to put an end to the relationship, so as to remain faithful to their marriage vows, instead of simply saying: “It was his or her duty after all!” They must abstain from making their spouse pay for the huge suffering that has been caused and making him or her feel guilty.  Rather, they should ask themselves what they must modify in their own behavior, so that he or she can find fulfillment by their side.

Can we start over after infidelity?

Some couples, who have experienced infidelity and at times have been on the verge of separation, manage to start over. This “turbulence” can be used positively in the future. Often, infidelity that has been overcome allows the spouses to start over on new basis, In any case, it pulls them out of the unfulfilling relationship that perhaps can explain it in the first place.

Read more:
How to heal from a spouse’s emotional infidelity

Read more:
Can your spouse be your “cross”?