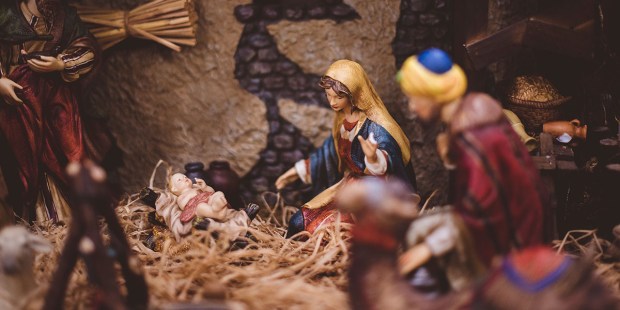 Read this delightful little story to your kids at bedtime.

To help your young child understand that Jesus is more important than Santa, consider reading this little story to them.

It was still early in December, but the letters on Santa’s desk were piling up. Thousands of little children had sent their letters to the famous address: Santa Claus, North Pole. The jolly old man was too busy preparing for the big night of the 25th to read all the children’s letters himself, so he chose several of his senior elves to do it.

Children’s wishes matter to Santa, and he has learned over the years that sometimes these wishes aren’t about new toys. Instead, children sometimes ask for a little sister or a brother, others for a daddy or a mommy, and still others want to get well. The elves didn’t know what to make of all this as they read the letters, so they asked Santa.

“It’s always the same,” he told them, “Children are asking for something I cannot give them — peace and love. And I have only this one night. I don’t want to disappoint them. So, I’ll talk to the Christ Child from Bethlehem.”

Santa loves the Christ Child. It is not his fault that he holds a bigger place in the hearts of so many children. Come November, everybody only talks of his sleigh full of presents. But, as Santa knows, Jesus is the only one who can grant wishes to unhappy children. “Would it still be Christmas, without this divine child?” Santa wondered, stroking his bushy white beard.

The next morning, Santa left his house at North Pole in a great mood and went to see his elves in the workshop. In his booming voice, he announced to his senior elves: “Bring me the letters from unhappy children and each night we will read them to the Christ Child. He knows each of them by name. He will advise us on what to do. He is the only one who can light a star in their hearts. Let us put our trust into Him!”

And this is how Santa — despite being extremely busy — found the right present for each child. Each night, before going to bed, he prayed to their guardian angels asking them to guide the children to the Christ Child.

So if you take a quiet walk outside one December night, you just might hear the angels singing a song of praise to the baby “wrapped in cloth and lying in a manger” resting between Mary and Joseph:

Glory to God in the Highest, peace to his people on Earth. (Luke 2:14)