How the Magi gave us the key to effective prayer 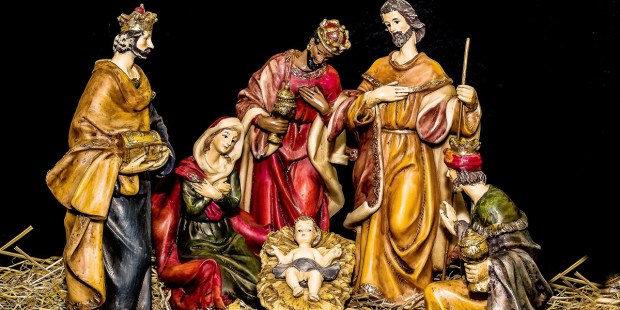 Epiphany is a good time to reflect on what the Three Wise Men can teach us.

Gold defines a king, incense celebrates God, and myrrh foreshadows death. The gifts offered to Jesus by the Magi symbolize the basis of all prayer.

Prayer celebrates the splendor of God, our King. It is the offering of due praise and glory, what is referred to as “the doxology” (as recited in the invocation at the end of every psalm: “Glory to the Father, and to the Son, and to the Holy Spirit”). Prayer, whether liturgical or personal, wouldn’t be complete without the doxology. Prayer takes us out of ourselves; it invites us to the things of God rather than of ourselves. And we well know that, as soon as we concern ourselves with Him (He who never ceases concerning Himself with us), we feel better.

Incense is an aromatic that burns and rises to heaven. Our prayer becomes our evening plea which, as it goes up in smoke, rises straight up to heaven with a lovely perfume. Yes, prayer is smoke: a gratuitous act, non-productive, useful only in that it is love. And, as such, is indispensable.

Prayer isn’t a distraction, an innocent affair, an activity that doesn’t require commitment. He who sets out on the path of prayer goes through a kind of death: the death of the” old me,” of oneself, of what keeps God from taking first place. Prayer isn’t just about meditating on the Passion of Christ. It leads to living it out ourselves.

What prayer shall I offer God?

According to the day, we’ll offer this or that gift: gold, frankincense, or myrrh. But in truth, he who prays offers each day a little of all three. The three Magi are reflected in the Christian soul adoring the Christ Child. Christian adoration isn’t a simple duty, but the religious worship we were born into. It marks us with the sign of Christ’s cross. It explains the haste with which the Magi came precisely to adore; it also explains all the Herods of this world whom we sometimes resemble, or rather whom we must escape by returning by a different route than the one by which we arrived.