Quarantined with teens: How to handle conflict 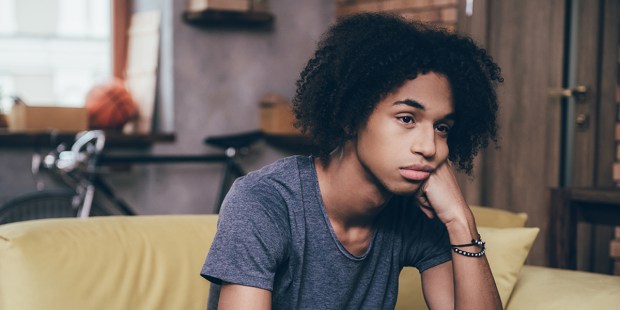 Family harmony at all costs is not a healthy goal. Here’s how to shift the way you think as a parent and build stronger relationships.

Confinement may generate conflicts in the family, especially between parents and children. What can we do to avoid arguing the whole day long? What rules for conduct and behavior should be established?

During confinement, it may feel like time passes at a snail’s pace, both for adults and children. And this is when conflicts arise. How can we live together without ending up wanting to strangle each other? How can we maintain peace in the family? Psychologist Marie-Paule Mordefroid reassures us that it’s normal to have conflicts, but we need to manage them as best we can, with empathy and firmness.

Is family harmony an unreachable goal?

Harmony doesn’t mean ignoring conflicts; it means accepting disagreements and working them out. In family life, confrontations occur nonstop. Disagreements come up not because of any failure on the part of the parents but because this is the nature of the relationship, and conflict is an inherent part of it. The asymmetrical relationship between parents and children is not one of equality: parents have the job of raising and educating and children have the mission of constructing their own identity.

If parents fear confrontation, they hesitate to assume their responsibilities. We live in a society that values emotional support to the point where adults are afraid to lose the love of their children. What happens then is that parents continually try to smooth over the rough moments. To be able to deal with confrontation, we need to undo the misguided way we see them, especially since poor management of conflicts often ends up in violent reactions.

So are you saying that conflict is not only inevitable, but necessary?

It is absolutely necessary. And though I say this, I’ve never liked conflict myself. But where there is life, there is conflict. Let disagreements and anger be expressed, yet defend the rules. This is useful for getting family relationships back on track. It helps us learn to communicate better, and is a way for our children and ourselves to grow.

I’m reminded of 4-year-old Quentin, who had terrible tantrums when it was time for him to go to sleep. His mother realized that it was related to the times when his military father was gone for several months at a time. Talking about the father’s absences with the child reduced his anxiety and he was more calm about going to bed.

We can learn quite a bit about growing through moments of crisis, on the condition that we try to experience them in the best way possible. There are no good or bad conflicts. It is a question of how we manage them that makes them constructive or destructive. Our ability to deal with these disputes is a sign of healthy relationships.

Does the way we respond to conflict depend on our personal background and our personality?

I distinguish these different types of reactions to conflicts:

We all have our spontaneous way of reacting to conflicts and this comes as a function of our personal identity and our past history. It’s not a question of blaming parents. Brothers and sisters from the same family react in different ways, don’t they? Each person is free to react in different ways, and even for insignificant things, we make choices.

Is it possible to change the way we react to and deal with conflicts?

It’s difficult to change our personality, but we can learn to soften our reactions so that those close to us don’t suffer as much, and therefore we suffer less as well.

First, we must listen to what others are saying, starting with our partner, and this will give us a good starting point. It’s also good to realize that when we are under stress we activate our automatic pilot, as if we were pre-programmed to act this way. Also, the moment a conflict arises, we should observe our thoughts, our emotions, and try to be aware of how our emotional state distorts reality. Very gradually, parents that reformulate their ideas can relativize certain educational notions they previously thought were absolute, and develop certain qualities they were previously left by the wayside. For example: a brilliant, communicative person who doesn’t know how to listen will try to develop the ability to pay attention to others.

Another scenario: if a person is accustomed to avoiding disputes, he or she can learn to deal with them gradually, beginning with the more minor issues in married or professional life. It is crucial to understand this: if we can come to consider conflict as a necessary and non-violent part of life, this will change the way we live.

To the extent that we are willing to evolve, our children will likewise learn to deal with differences. If we avoid conflicts or keep our children from expressing their disagreement, they won’t be able to comprehend the multiple confrontations that life inevitably presents.

How do you teach children to deal with conflict?

By daring to accept, as parents, the face-to-face conflicts that arise with our children, by being the wall, the buffer they need to crash into. An adolescent is like a person who gets on a boat to sail away from childhood. To get away from the coastline, he or she has to push away from the shore. If the parents are a rocky hard shore, the child can push away and start the journey. If they are a swampy and inconsistently murky shore, the child is left stranded there. Our ability to confront them teaches them how to deal with conflict.

How specifically does the parent-child relationship develop in these moments of tension?

This is a delicate relationship, and the parents are in a constant balancing act between paradoxes: affection and authority, affirming themselves and listening to the child, safety and risks. In the family, isn’t it our job to set the tone? Our behavior influences things. It is always revealing to see a 3-year-old little girl crying about her doll using the same expressions as her mother. Respecting children is an antidote to violence. We should be aware of our tone of voice we use when we talk to our children as well as to our spouse. And lastly, we should always avoid criticizing our spouse in front of others.

What is most important for a child to develop?

Learning, basically. Understanding that love is not just experiencing emotions and feelings, but wanting what is good. This implies establishing limits, being respected, exercising fair authority, and living it all in a triangular relationship: parents/children/rules.

An adult should not base his or her authority on force but rather on the status of being a parent, who institutes and upholds the family rules and the laws of society. This is where the third side of the triangle comes in. If Paul doesn’t want to wear a motorcycle helmet and his father tells him that that is the law, it’s not a question of personal conflict with his parents—it is a transgression in relation to an external principle. If he disagrees, it is not with his father but with the law, and he exposes himself to the established sanctions. This way, we avoid the use of force and the son is thus taught to be responsible.

We should help our children gradually learn to face the realities of life, trusting them, exercising a level of control that allows us to trust them even more, or pull in the reins if that trust is violated.

How can we keep our adolescent from breaking the family rules?

In order to know what to do, parents must understand the intense challenge of this age: transitioning from child to adult. The young person must discover what is good about parental rules and interiorize them, no longer acting out of mere obedience or out of fear. Anna got into the habit of making herself a late-snack/early supper so she could study until it was time to go to bed. Her father did not approve of her not eating dinner with the family. After talking it over, they came to an agreement that was acceptable to both. It is important to have the participation of the adolescent: this stage is all about interiorization, not submission.

This is not easy to do, and we are quite often presented with opposition and transgression. Parents are not always aware of the stages that can precede disobedience: first, the youngster feels the need to argue in order for us to understand his or her reasoning; we need to recognize the child’s right to disagree and let him or her explain themselves. If we respect this right, the child generally stops feeling the need to transgress. Nowadays, parents say they argue with their children, when what they are really doing, above all, is a kind of blackmail: “If you do this, you will get that” — instead of getting at the underlying argument.

When the situation is at a stand-still, should we consider distancing?

In this case, it is preferable to seek help, rather than getting overwhelmed by trying to deal with it all on your own. Help can come from your spouse or from a person close to you, a family member, a professional, or a teacher. Sometimes a solution can be found with one of the parent’s help in unblocking the situation. This parent might re-evaluate the situation, thus opening up a space where the difficult relationship with the child can evolve.

If a child never disagrees, isn’t that something to worry about?

In families where conflict is not allowed, submission can actually be a safe haven. But whatever the reason, a person who flees from conflict is only hurting themselves. This person lacks respect for him or herself. Disagreements are crushed or repressed out of fear or in order to appease others.

When a conflict occurs and the parents often have differing opinions, how should this be handled?

The growing child needs to sense conjugal solidarity, even though he or she is aware that the parents may have different opinions. When one of the parents does not agree with the other, that parent should not express his or her opinion until later to keep the child from having to take sides. An adolescent is capable of understanding that his parents may not agree on an issue as long as the love between them is evident: “I don’t agree with your father on this, but I support him.” This is what makes the link between love and truth mature. He or she will be able to comprehend that disagreeing with parents in a fight will not stop them from loving him or her. This is important nowadays where we tend to confuse the opinion with the person.

Read more:
8 Things I really, really want for my (and your) teens