An Easter meditation: Let yourself be surprised by the Risen Christ! 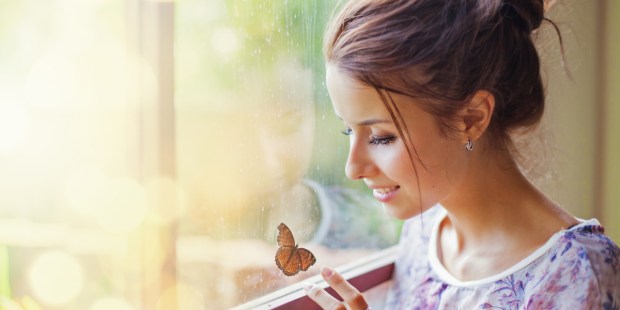 What is the message the Lord wants to send us today?

Just as we celebrate the special days that form the foundation of our families such as marriages, births, etc, we do the same for the foundation of our faith, especially the feast of the Resurrection of Christ at Easter, and every Sunday at Mass. In the same way that we love flipping through wedding or newborn photo albums on these special days, we can do something similar on Easter with the Word of God. When we open the Gospels, we find Christ in the freshness of Easter day in the company of Mary Magdalene, Peter, John, and the disciples of Emmaus. Let us walk with them and let ourselves be surprised, as they were, by the Risen Christ.

Finding the Risen One with St. Mary Magdalene

After witnessing the Crucifixion, Mary Magdalene went to the tomb to lament the one she loved and, of course, thought was dead. St. Gregory the Great saw in her stubbornness in going to Christ, even after He was dead, a model for us all. Even when our faith is hidden in darkness and Christ seems to be dead for us, we continue to go toward Him, still wanting Him. But … the tomb is open and empty! Mary Magdalene doesn’t understand, she thinks that someone has taken Christ’s body. She tells the Apostles and then goes back to the tomb, to the angels, and back to Christ Himself, who she doesn’t recognize. Why doesn’t she recognize the person she followed up to the very foot of the Cross?

It is easy for us to conceive of the idea of Christ’s Resurrection, since the Church has been proclaiming it for over 2,000 years, but for her it was the first time that something like this had ever happened and it was completely unimaginable. The dead did not come back to life. It was true that Lazarus had come back to life through Jesus, the only one who could do that, but now Jesus Himself was dead.

And then Jesus calls her softly by name — “Mary.” No drums, no trumpets, no Son of man arriving on the clouds of heaven announced by Daniel (7:13). What a discreet way to first appear after his victory over death! It is through his voice, the instrument of faith (“faith comes from hearing the message, and the message is heard through the word about Christ,” Romans 10:17) that she recognizes him. When she turns around, i.e. she converts (etymologically speaking they mean the same thing), she cries out her love for him: “Rabboni!” And Jesus replies: “Do not hold on to me, for I have not yet ascended to my Father.” He makes her let go of her affection for the man she knew before the Passion in order to learn to know the Risen Lord. Then Jesus adds: “go to my brethren and say to them, ‘I ascend to my Father and your Father, and to my God and your God.’”

The Risen Christ comes to meet us to entrust us with a mission: to be his witnesses. The Resurrection is the center of history, but it is not the last act, and as God is its author, he offers us the chance to proclaim his good news and what it means for everyone: that it is possible to be victorious over evil and death, the hope for life and eternal kindness.

Finding the Risen Christ with St. John and St. Peter

We rush with John to the tomb. He sees the strips of linen and he believes. In fact, all he sees are the strips and the shroud lying empty, but his heart understands: Christ is no longer in the tomb, He is alive. As for Peter, the Gospel of John does not tell us about his reaction in the tomb, nor how he became aware of the resurrection. Nevertheless, in addition to what St. Luke writes, that Christ appeared to him on Easter day, we have something even better: Peter’s own testimony in Pentecost (Acts 2:14-36). Peter was the first to reveal, in light of his encounter with the Risen One, what he proclaimed on that day: God’s plan of Salvation for humanity through history, culminating with the resurrection of He who was nailed to the cross.

Also, the Evangelists of the Resurrection speak of the mission for Peter (and hence, for his successors). And when Mary Magdalene sees that the tomb is empty, it is Peter she runs to (John 20:1-2), and John, the beloved disciple, runs ahead of Peter to the entrance of the tomb (John 20:3-10): the church of love recognizes Peter’s prominence. Later, at the shore of lake Galilee, the Risen Jesus confirms and reiterates Peter’s mission as pastor, specifying his role for the entire church: “Tend my sheep” (John 21:15-19).

Finding the Risen Christ with the disciples of Emmaus

Once again, it is Jesus who takes the initiative in the encounter. He walks with two men who are feeling devastated by the drama of Calvary. They do not recognize Him either, even though they knew Him well before He died, as often happens with us when we do not recognize Him when he walks by our side in life. The walk to Emmaus is important for understanding the role the Word of God plays in the encounter with Jesus. What He tells them about Himself on this walk is very different than what a journalist might say about the event. He gives them, through the Scriptures, the meaning of what He has lived. Faith in the Risen Christ is what opens us to the intelligence of the Scripture, not the other way around, but in exchange, we better understand what His Resurrection means for us when we nourish ourselves with the Word of God.

When they get to Emmaus, Jesus sits at the table with the two disciples. It is at that moment, when “He took the bread and blessed it. Then He broke it and gave it to them” (like the priest at Mass), that they understand who He is and recognize Him. From that moment on, the Eucharist is the place of our sensory encounter with Jesus. “In this world, we neither have nor see anything more real and sensory of the Lord Most High than his Body and Blood,” as St. Francis of Assisi would say.

Like Mary Magdalene and John, the two disciples understand that it is through love that we advance toward Him: “Were not our hearts burning within us while he talked with us on the road and opened the Scriptures to us?” The pilgrims at Emmaus knew—and they invite us to know with them—that this road to perfect bliss that they took with the Risen Christ and ran back to tell the Apostles about is, in fact, the Lord Himself: “I am the way, the truth, and the life” (John 14:6).

A road open to everyone

These Easter encounters—we can all find them in the other witnesses of the Resurrection: the holy women, St. Thomas, the Apostles. They are like flashes of light on a reality that inevitably overwhelms us, giving us a glimpse of what the Risen Christ expects of us:

All these encounters end up with a mission. Jesus entrusts each one of us with the responsibility to tell the world about our encounter with Him and give testimony to the Good News of salvation. In this way, Jesus forms the heart and the mind to be a witness for Him, before the Holy Spirit gives us the strength to do it.

All the appearances of the Risen Christ show personal encounters with Him. Each one of us is called to this in the sacraments, in prayer, and during our whole life. Jesus is always our contemporary and we, as well, are called by Him to assume the same challenge as His first witnesses.