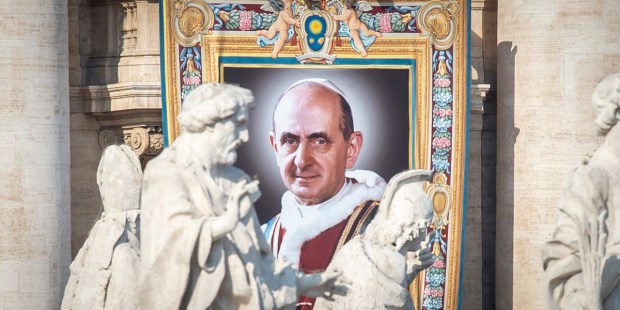 The celebrated novelist was deeply religious and managed to talk the pope into maintaining the Tridentine Mass in England.

In 2020, the literary world celebrates the centenary of Agatha Christie’s first novel, The Mysterious Affair at Styles. People speak of “queens of fiction,” but Agatha Christie (1890-1976) arguably reigns as the eternal empress of detective novels. And whenever the link between the novelist and matters of religion are brought up, the story known as the “Indult Christie” is inevitably recalled…

The liturgical crisis that struck the Catholic Church in the 1970s did not leave her unmoved. Concerned that the Latin and the Gregorian liturgies were being consigned to history, she signed a petition of intellectuals and artists, Catholic and non-Catholic alike, calling on the pope to maintain ancient liturgical traditions. Published in The Times on July 6, 1971, this astonishing appeal was heard in Rome. In December of the same year, Paul VI granted an indult allowing the celebration of the Tridentine Mass in England. The official Texta popularly known by the” name of Agatha Christie” because, before making his decision, upon reading the list of signatories, Paul VI was particularly struck by the name of Agatha Christie.

It would be a shame to reduce Agatha Christie’s relationship to the Christian faith to this one episode alone. Her whole body of work unfolds in a world imbued by Christian morality. The hypotheses she poses throughout her novels to unmask the criminal are unthinkable without reference to the Christian view of good and evil, or the weakness of man through the existence of original sin. The ostentatious self-satisfaction of her trademark character Hercule Poirot, a stranger to the virtue of humility, might lead one to think otherwise–but don’t let yourself be fooled. It’s precisely in the name of Christian morality that Poirot exasperates the reader, despite his genius for detection. What’s more, does he himself not tell us in The Chocolate Box that he is “a good Catholic”? We’re also told he’s from a large family and was taught by nuns.

The delightful character of Miss Marple also testifies to Christie’s Christianity. While Chesterton’s Father Brown learns about moral depravity in the confines of the confessional, for her part Miss Marple contemplates the world through the lens of her little village and its intrigues. In her own way, she campaigns for the universality of human nature. Her recipe for detection are the similarities she observes between acts committed in St. Mary Mead, her village, and the crime she has to solve.

To her nephew, the writer Raymond West, who gently teases her about this, Marple replies, “Goodness me, my dear Raymond, human nature is the same everywhere, but in a village, one can observe it up close.” This clearly stated belief, elevated to a method of investigation, is in no way for Miss Marple a challenge to the supernatural. Quite the opposite! St. Mary Mead is of interest to her because she lives there and sees the sometimes devastating effects of original sin. Yet, the worthy spinster realizes that the mere observation of reality is sometimes not enough.

“I needed faith, the true faith of St. Peter”

Perhaps the most explicit example of this appears in The Tuesday Club Murders when she clearly confesses her use of prayer: “You modern young people will laugh, but when I’m stuck in serious difficulties, I always say a little prayer — wherever I am, in the street, at the market… And I always get an answer.” This conviction dated back to her childhood when she had a quotation hanging above her bed, a piece of advice from Christ which we too often lose sight of: “Ask and your prayer will be answered.” In the footsteps of St. Peter, this unwavering Anglican of the High Church stated what is almost a Catholic act of faith when she affirmed: “I needed faith, the true faith of St. Peter.”

Speaking of her mother’s literary success, Agatha Christie’s daughter said, “My mother was a Christian and believed in the battle between good and evil. She thought murderers ought be caught and punished, and wished above all else that the innocent not suffer. Of course she wrote stories about murders, but she couldn’t stand violence. And all of her stories have a large component of morality.”

But, as one of the characters in The Labors of Hercules puts it, for her it was no question of a watered-down Christianity: “Religion, Monsieur Poirot, can be a great help and support — but by religion, I mean the truly orthodox kind.”