Why do we celebrate Sts. Peter and Paul together when they barely knew each other? 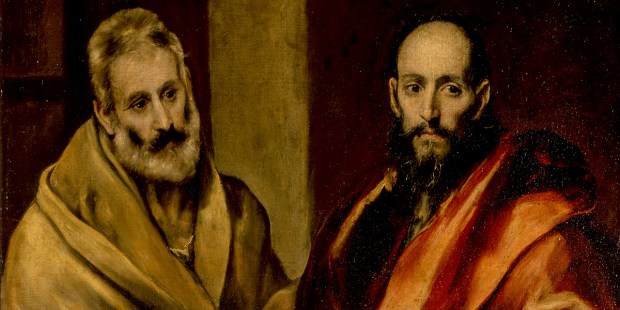 They rarely met in real life, so why is their feast on the same day?

Paul met with Peter and other “pillars” of the Church of Jerusalem twice. The first time they met in Antioch, where they had a falling out. The second time it was in Emperor Nero’s Rome, where they both died as martyrs, but not in the same year or on the same day. So, why are they always represented and celebrated together?

An invaluable patronage of two saints

Simon Peter, or Simon the Rock, was unshakable. That is not to say that he was without flaws: his great ideas  often came to nothing. He wanted to walk on water, but almost drowned; he was the last to abandon Jesus and the first to deny Him. What was unshakable in Him was his faith, which doesn’t come from flesh and blood, but from the Heavenly Father.

Hence he was given “the keys to Paradise” — the attribute of his authority and those of his successors who are destined to maintain the Church on the path of truth and unity.

But Paul’s freedom was necessary to preserve the Holy Spirit in the Church, which continues to transform the world. Without individuality, faith can become too rigid and uniform. Yet, without Peter’s vigilance, there would be no unity. So, this double patronage is necessary and cannot be relinquished:

Sts. Peter and Paul pray for all of us!