Should we talk about politics with our children? 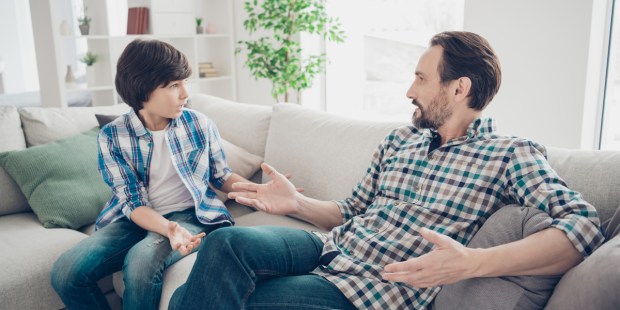 You can’t avoid it — it’s everywhere.. So what should our kids know about it?

Pandemics, protests, political elections, and various other issues mean the subject of politics comes up again and again at home. What approach should we take with our children? And are kids capable of taking it all in?

Pay attention to the security of little ones

Even when we must denounce bad objectives or actions our kids are seeing or hearing about, we shouldn’t condemn individual people, who have dignity and deserve respect. Training our children’s hearts means helping them grasp the complexity of situations.

In the media we’re exposed to so much information: we hear everything right away. Guard your little ones. Is it necessary for them to be aware of every worldly problem — earthquakes, airplane crashes, terrorist attacks, mass shootings, and violence of every kind? Enabling children to anchor themselves in life can only be done in a climate of security — emotional first of all, but psychological as well. That security is often strained by premature exposure to all the evils that can disturb them.

Read more:
Focus on these 3 things to help your children know their worth

To awaken children little by little to societal realities, it’s important to have in-depth discussions about the true role of politics, to remind them that it’s a noble function at the service of the nation and that its prime mission is to serve the common good. Our discernment and our choices can only be made in light of these universal concepts. They will keep us from falling into relativism and reflexive political correctness, which prevent us from making free choices and tie our hands regarding others. Training the hearts and minds of our children and stimulating reflection requires dialogue.

Allowing our children to sit in front of the TV or rely on social media as a source of information won’t help form their judgment, and risks them conforming their ideas to one point of view. It also risks reducing all events to the same level: lumping popular trivia together with the enactment of public legislation. However, a teenager who’s had secure grounding and good formation will often be capable of watching and analyzing news and debates in the media. Between overprotection and overexposure, education is a delicate balancing act.

Read more:
Do you know how to truly encourage your children?